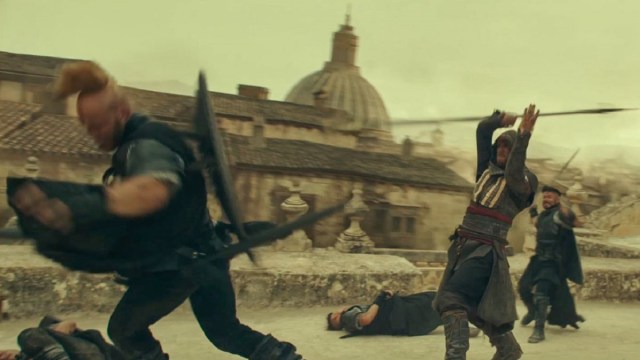 We’ve gotten so used to video game movies being underwhelming at their very best, that it comes as a genuine shock when one of them turns out to be pretty good. For a while, fans thought the long-awaited Assassin’s Creed adaptation would be one of those films, until they got the chance to see it for themselves.

Helmed by the hugely talented Justin Kurzel, with one of the finest acting talents of their generation both producing and starring via the inimitable Michael Fassbender, never mind a supporting cast that included Academy Award winners Marion Cotillard and Jeremy Irons, alongside esteemed veterans Charlotte Rampling and Brendan Gleeson, there was reason to be excited.

That’s a hell of a roster for a $125 million action-packed video game fantasy, but even such a stacked roll-call of big names couldn’t prevent Assassin’s Creed from being terrible. How terrible? 19 percent on Rotten Tomatoes and canceled franchise terrible. In fact, time has been even less kind to the famed folly, with Redditors failing to find a kind word to say about it nearly six years on from release.

A live-action episodic series is in the works at Netflix after any plans for Fassbender-fronted sequels went up in flames, so we can only hope the streaming service manages to do justice to the source material. Assassin’s Creed is one of gaming’s biggest and most consistently successful brands for a reason, but transforming it into a po-faced and way-too-serious mediation on what it means to truly be alive was not the way to go.