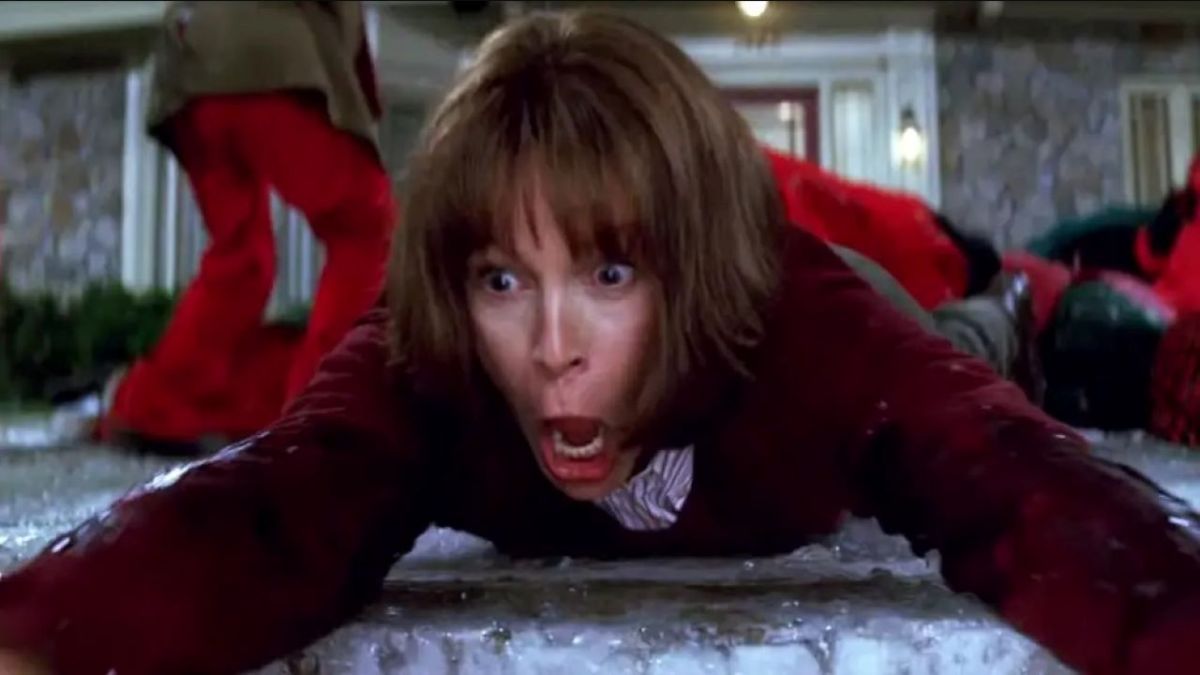 Reimagining beloved stories as horror films has become one of the most popular practices as of late, with Winnie the Pooh, The Grinch, and Bambi having all lined up for some gore-heavy turns in 2022’s latest attempt to shove unfunny meta-humor down our throats.

Indeed, it’s a tired practice that will hopefully lose traction with time, but, admittedly, it’s not an entirely baseless practice. Twisting something familiar and comfortable into a much more malevolent version of itself is a common, valid, and even interesting move in the realm of horror, and it’s all the more sensible of a tactic when the source material is itself horror-adjacent.

Which is why we won’t be terribly surprised if the future ends up spitting out a more macabre version of Christmas with the Kranks, which the masses of r/FanTheories have identified as much scarier than we remember.

The original poster argues that the fear factor in Christmas with the Kranks wasn’t just played up for laughs. When we really think about it, the relatively violent, even cultish reactions from Luther and Nora’s neighbors following their deliberate absenteeism from Christmas would have anyone shaking in their boots.

One user countered by suggesting it’s more social commentary than horror movie (to their credit, most of the best modern horror utilizes a hearty dose of social commentary), but the rest of the thread wasn’t having it.

Another user took it a step further, suggesting that Cranks verges into creepypasta territory far more than many of us may have realized.

And another responder did their best to explain why the events of the film weren’t out of place at all, which is perhaps the scariest part of all.

We recommend that you revisit Christmas with the Kranks yourself if you’re feeling dubious about the film’s true horror credentials, as if the five percent approval rating on Rotten Tomatoes doesn’t chatter your teeth enough.