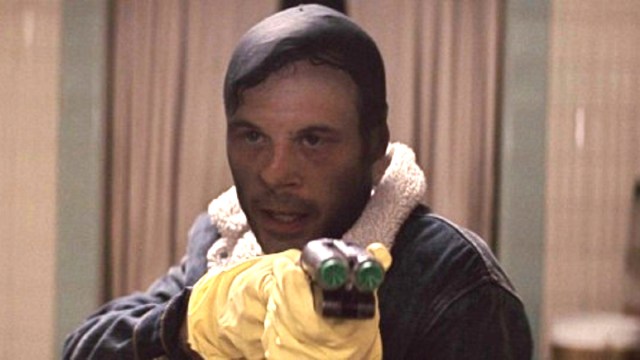 Brad Pitt may have been an A-list superstar and incredibly handsome man for what feels like forever, but he’s a much better actor and a significantly more accomplished producer than he gets credit for. Combining both elements of his unstoppable arsenal, Andrew Dominik’s Killing Them Softy is the sort of uncompromising crime story you don’t really see all that much anymore.

As instrumental as the leading man was in getting the project off the ground (which comes with the territory when you’re Brad Pitt) the $15 million flick was stuffed to the gills with massively talented names firing on all cylinders, so it was far from a one-man show.

Scoot McNairy, Ben Mendelsohn, James Gandolfini, Richard Jenkins, Ray Liotta, and Sam Shepard are just a handful of heavy hitters to get involved, elevating Killing Them Softly significantly in the process. Often brutally violent but with a darkly comic edge, Pitt’s enforcer is tasked to clean up a number of loose ends after a low-level criminal hatches a scheme to rob a local middleman for the mob.

10 years after earning $37 million at the box office and landing a strong 74 percent Rotten Tomatoes score, Killing Them Softly has been surging on the streaming charts this week, giving director Dominik a second on-demand success on top of Netflix’s hugely controversial Blonde. Per FlixPatrol, the filmmaker’s prior feature has hit the Top 10 in multiple countries around the world, bringing its unshakeable brand of street-level violence to a whole new crowd.