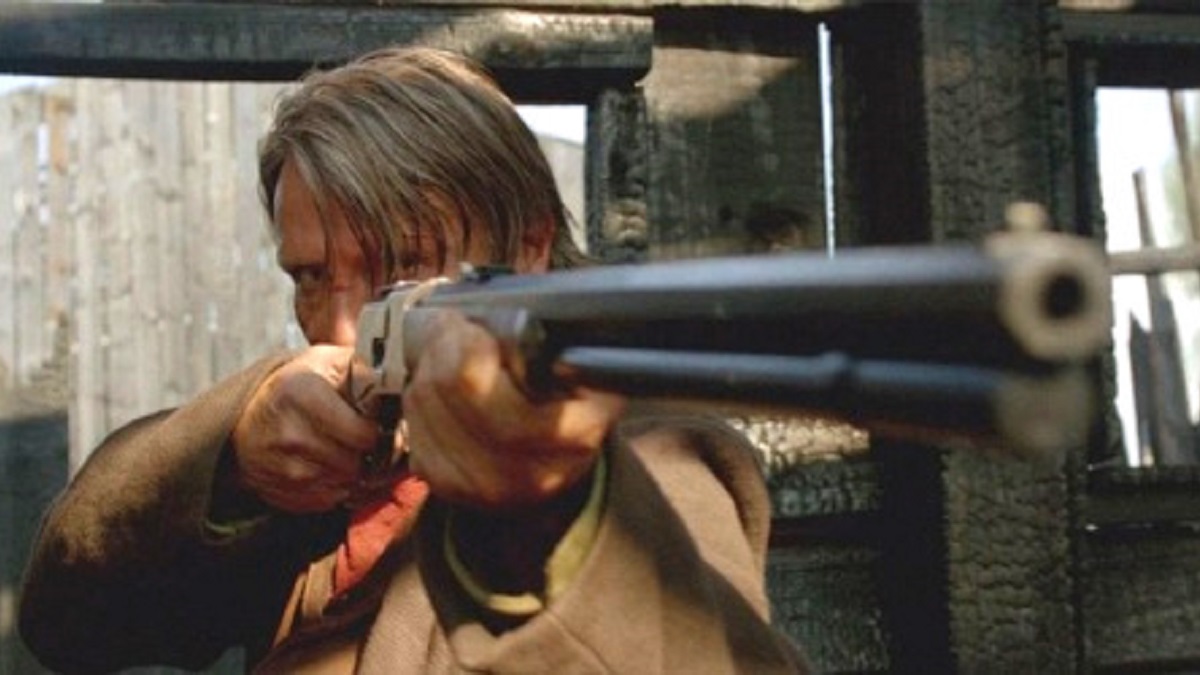 It may not win any points for originality, but 2014’s Danish-backed Western The Salvation didn’t really need to try and reinvent either the Western or the revenge thriller when it boasted such a talented cast giving their all from a performance point of view, while the lashings of dust and blood splashed across the screen ratcheted up the tension with each passing scene.

A story that’s been told many times before over the decades, Mads Mikkelsen’s settler has only just brought his family over to the unruly world of 1870s America when they’re kidnapped and killed. Upon discovering the culprit is the brother of Jeffrey Dean Morgan’s land owner and gang leader. From there, things can only head in one direction, and it ain’t a pretty one.

As you can no doubt imagine, that doesn’t do much to dissuade our gunslinging hero from cutting down anyone who stands in his path, regardless of how terrified the local townsfolk are when it comes to standing up against their oppressors. A one-man army will often to the trick, and that certainly proved true with The Salvation.

Well-received by critics in spite of a muted theatrical run, The Salvation has returned with a vengeance on Netflix to become one of the top-viewed movies on the platform after gunning down a Top 10 spot in multiple countries, per FlixPatrol. Eva Green, Jonathan Pryce, Sex Education’s Mikael Persbrandt, and even 1990s soccer icon Eric Cantona are among the cast, which neatly sums up the eclectic and unexpected nature of the film as a whole.