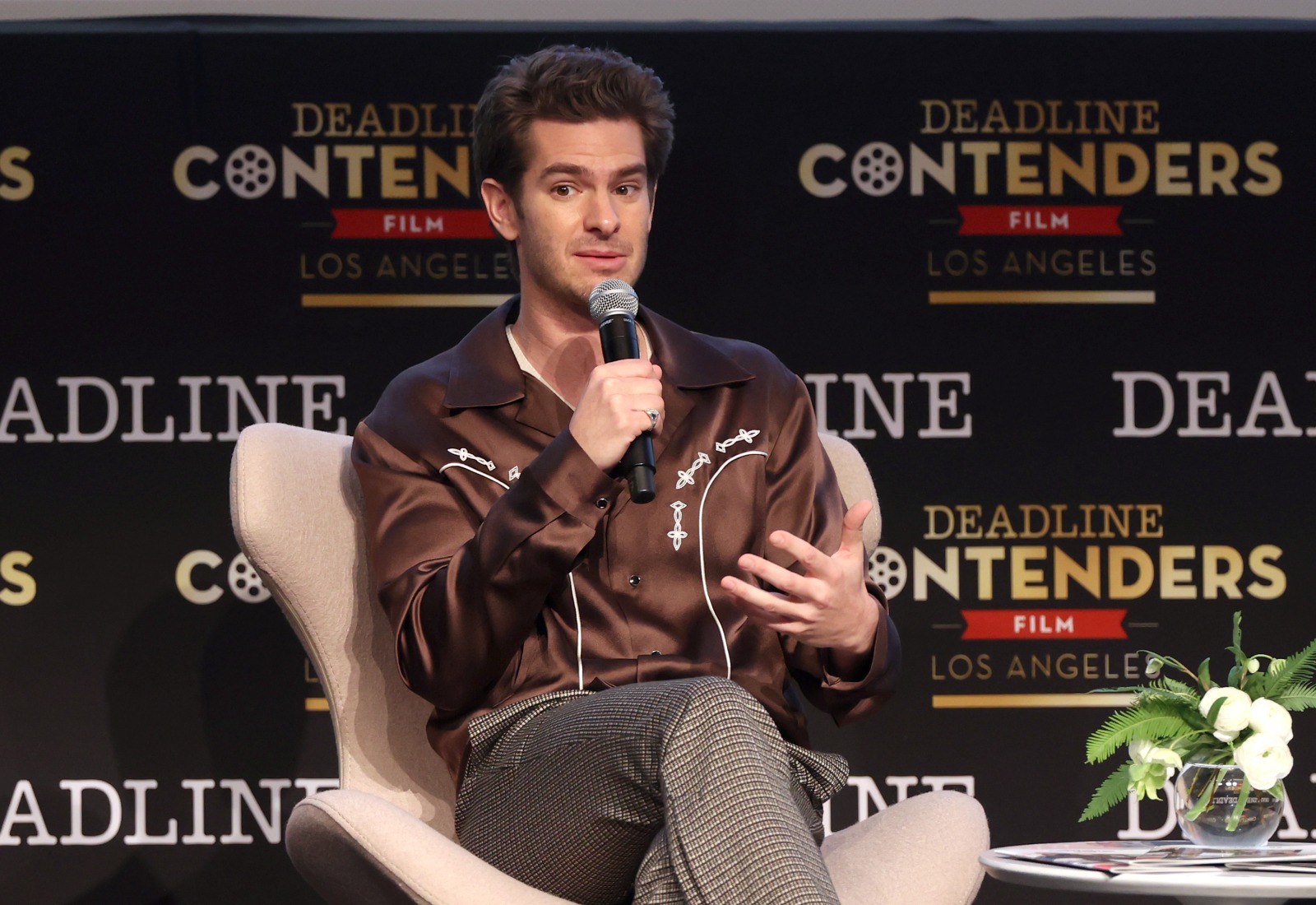 He’s also finally able to discuss what went on behind the scenes, as he and two other Peter Parkers gathered on set to film a movie nearly 20 years in the making. He connected with ET‘s Matt Cohen at the Palm Springs International Film Awards to discuss his impressions of the film, which it turns out he saw for the first time after sneaking into a theater with fellow star Tobey Maguire.

“First and foremost, I am a fan, so when Amy Pascal and Kevin Feige and John Watts asked to have a word with me and talk to me about an idea, and they pitched it, it was like I was the fans in the audience, watching it onscreen for the first time with like, the three Spider-Men across universes sharing a frame together,” he said. “And like, your head, your little head, it just explodes. So, that’s the main thing in me that I feel about it.”

“And then, the fact that I get to be one of those people wearing the suit next to my actual Spider-Man hero, Tobey Maguire, and the brilliant, incredibly talented, heartfelt, funny, good, sweet, perfect Spider-Man of Tom Holland, and I get to be the middle brother, and I get to be in awe of my older brother and in full longing to protect my younger brother,” he went on to say. “And also, there’s something spiritual that kinda happened and happens, and that we were exploring in the film, which is like, archetypically, the character is so alone, the isolation, that’s an important part of the character in terms of the canon of Spider-Man, for me in a way.”

Later in the interview, Garfield opened up about the incredible experience he had on set with Holland and Maguire and admitted that he and Maguire snuck into a No Way Home showing to enjoy the film on opening night.

Garfield’s open and genuine nature bled through every word of his interview, as he gushed over the “brotherhood” he shares with Maguire and Holland and coyly hinted that, were the stars to align, he might re-don the Spider-Man mask for another Amazing Spider-Man entry. “Never say never,” he told ET.

Between Garfield’s willingness to return to the role and the determined fan campaign to see him return as the wall-crawler, there seems a genuine chance that Garfield’s days in the spidey suit aren’t quite over. Fans are hoping to see him return for either a conclusion to the Amazing Spider-Man franchise or to a sister film, like Sony’s third Venom flick. Regardless of where the opportunity lies, it seems Garfield is fully willing to consider returning — so long as the project is worth it.