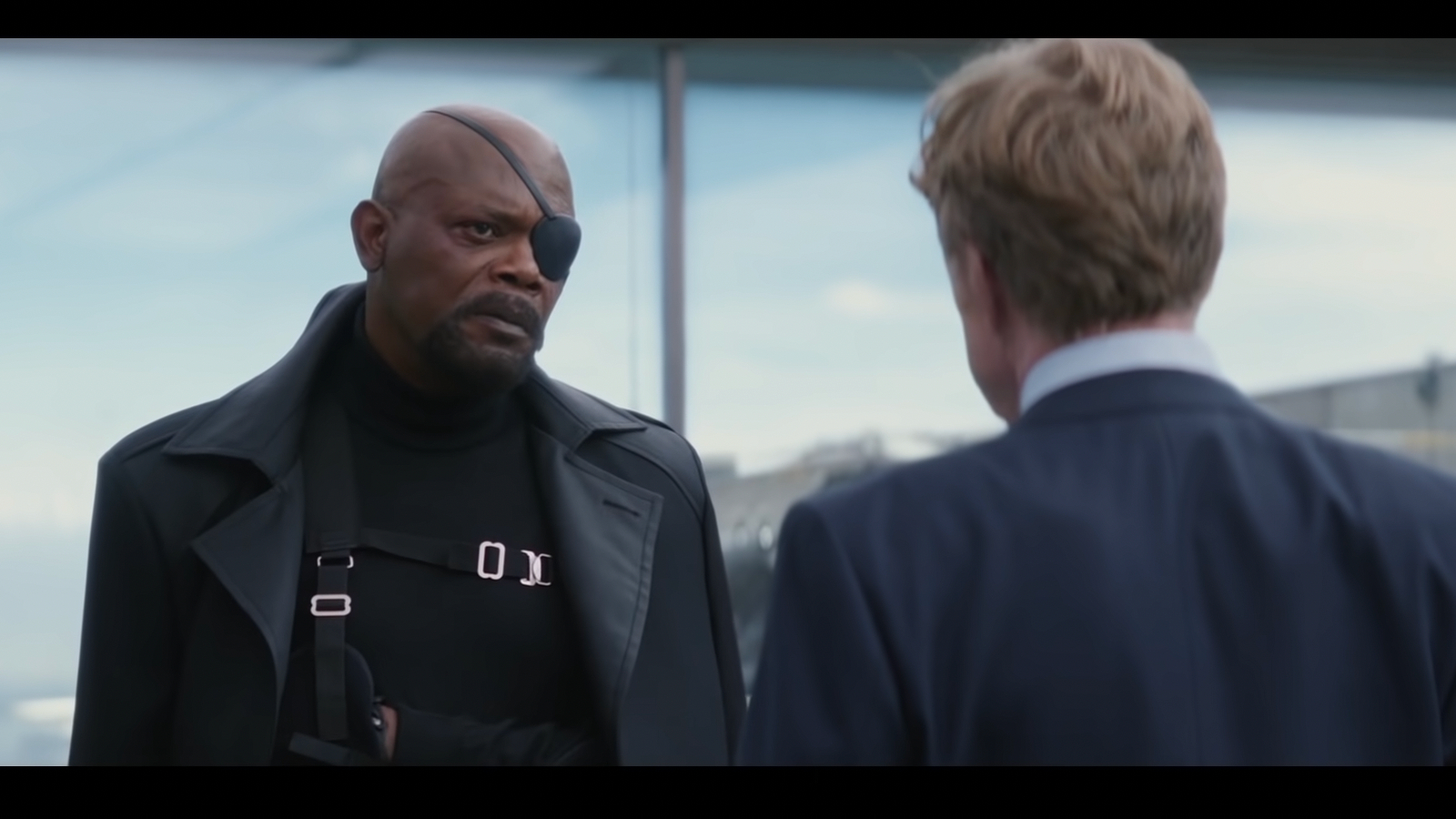 Ahead of every Marvel release there are questions, speculations, and guesses galore as to who might be involved, who might be introduced, what might be revealed, and now, in what world this is actually occurring thanks to the introduction of the multiverse.

Up next on the MCU docket is Doctor Strange and the Multiverse of Madness, which will answer a lot of questions and pop open a lot more windows of possibility, for sure.

The third installment of Ant-Man, titled Ant-Man and the Wasp: Quantumania, has a release date of July 28, 2023. As fans will know, the quantum realm is another world entirely that exists on quite a different plane than ours, and one in which multiple characters have now been caught.

Not quite a level of multiverse, but then again, who’s to say there won’t be multiversal quantum realms?

Where is Nick Fury?

One question that lingers ahead of the release of the third Ant-man installment is — where in the world is Nick Fury?

A staple throughout the MCU films (and shows), we haven’t seen Samuel L. Jackson’s character in a film since the end of Spiderman: Far From Home, and even then, it wasn’t really Fury. He did pop up at the very end of WandaVision as well (well, an allusion to him) as he was still jetting around in some way off world, which teased his interaction with at least one major player from the Westview Hex town getting shut down.

In Far from Home, we see that Fury is on a shuttle with the Skrull race, and the Fury we see on Earth is actually not him at all, but is being played by the shapeshifting-capable Talos the Skrull.

In WandaVision, Fury is only alluded to as the recently transformed Monica Rambeau (Teyonah Parris), who took on superpowers by surging through the barrier between Westview and the real world, and is pulled away from the Westview fallout scene and told she is being summoned for a meeting with someone who is almost definitely Fury.

Tie that back to the fact that WandaVision actually takes place before Far From Home on the MCU timeline — but not release schedule — because the former comes right after the events of Avengers: Endgame, whereas Far From Home is more than a half-year later, and it’s definitely possible we see both Fury and Rambeau (or even Paul Rudd’s Ant-Man) show up in one of the four MCU films set to debut before Ant-Man 3.

Can we expect any hints in upcoming features?

We all know that Wanda Maximoff (Elizabeth Olsen) is in the upcoming Doctor Strange film, so couldn’t Rambeau pop up there, too? Even perhaps her meeting with Fury could be the post-credits scene that will keep all of butts in our seats.

From there, we know Fury will be in the Captain Marvel sequel as well as The Marvels (the former of which does not appear on Disney’s release calendar as of April), and he has his own show coming up on Disney Plus called Secret Invasion, meaning a lot of world-building and involvement of Fury could be on the horizon over the next year-plus.

We’ve seen his importance in creating storylines and world-building in the MCU before, so that wouldn’t be a huge stretch.

The next MCU films, as announced by Disney, are as follows:

Will Fury appear in Ant-Man 3?

If you’ve seen the flurry of Fury activity happening via Jackson and the internet (and airwaves), then the answer might have been not-so-discreetly already revealed.

All three productions for Secret Invasion, The Marvels, and Ant-Man 3 took place at the same location during the same time, and Jackson was there filming for two of them for sure. So, why wouldn’t he saunter over and appear in the third as well?

It makes so much sense to say no. And as Jackson even admitted in an interview with Josh Horowitz for his podcast, Happy Sad Confused, he was juggling “three Marvel movies on one lot.”

The full quote, thanks to thedirect.com:

“It used to take a while to make a movie. It still kind of does, but people make about two or three of them at the same time. In the Marvel universe, it’s crazy. When I was in London just now, there was Ant-Man and Captain Marvel 2 was happening and we were getting ready to do Secret Invasion. So it was like three Marvel movies on one lot. So I was kinda running around from place to place.”

Fury’s relationship with the Skrulls

Secret Invasion will feature a much more in-depth look at Fury and the Skrulls’ relationship. The shapeshifting race of aliens add yet another level of “who is this really” when we take into account the multiverse and knowing that not only could a character we see on screen be a different version of the character than the one from our “known universe,” but now it could be an imposter played by an alien, or maybe an imposter played by an alien from another multiverse altogether. The tagline from the Secret Invasion comic book is, “Who do you trust?” after all.

As for the third Ant-Man installment, we know Quantumania will feature the latest and greatest threat to all existence, He Who Remains — aka Kang the Conqueror (Jonathan Majors) — and tracing the threads back and forth, we see that Doctor Strange 2 will obviously address the multiverse and the fact that He Who Remains knows all about the multiverse and other versions of himself, some possibly more wicked and powerful than even Thanos.

And Wanda will be a part of the multiverse madness, meaning that Rambeau could be as well, tying back in Fury to get more and more involved in all the MCU Phase 4 projects and beyond.

Let’s chase this one step further, with a huge hat tip to digitalspy.com.

The question of Chronopolis

Kang’s reign is in the city of Chronopolis in the comic books, and a city that hugely resembles Chronopolis appeared in the quantum realm in Ant-Man and the Wasp, mixing worlds of all shapes and sizes — and timelines — together, and it would seem that Fury will be back in the mix as a forward-driving force for Marvel over the next few years.

As with all things MCU, there is no simple answer and usually, searching for an answer means tying tons of threads together.