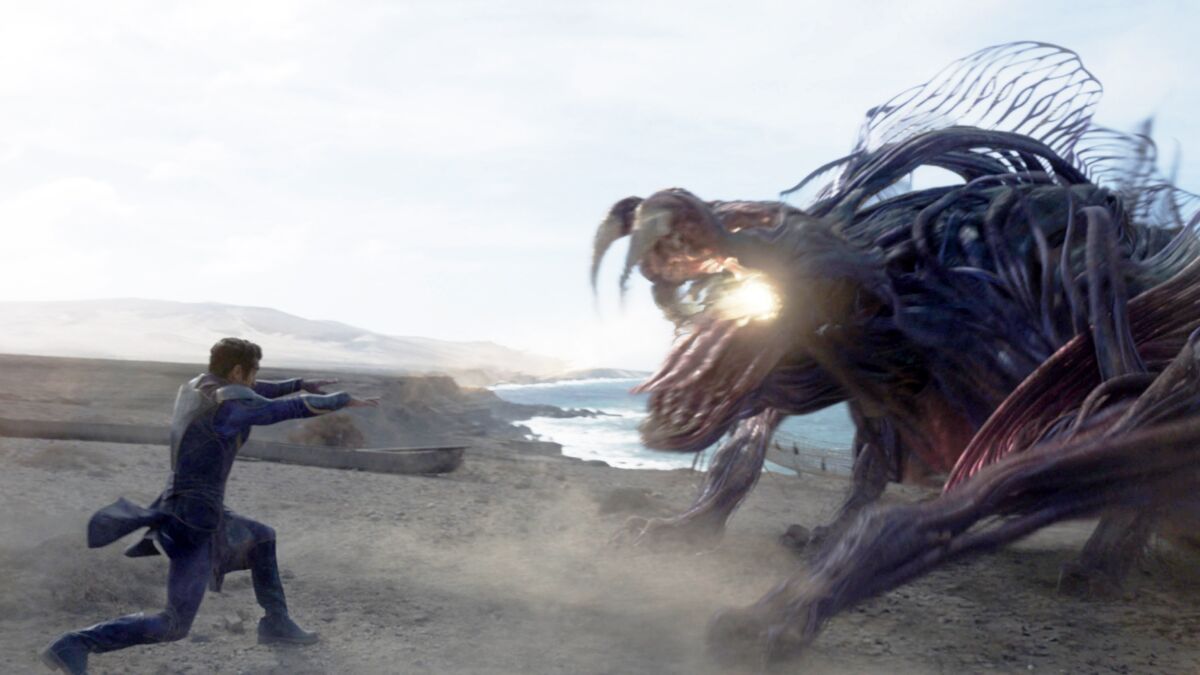 The new trailer for Ant-Man and the Wasp: Quantumania has all eyes fixated on Jonathan Majors’ imminent turn as Kang the Conqueror, who will no doubt tee up the stakes in the most turbulent, possibly tragic fashion possible; we’re all but certain that the world is going to be terrified of Kang come February.

But a worthy secondary spotlight goes to the brief glimpse we got of M.O.D.O.K., a human computer and wielder of the Doomsday Chair, and who will almost certainly be contesting for that coveted distinction of Ant-Man’s second-biggest problem.

Indeed, it may be the Kang show for the time being, but M.O.D.O.K. could very well be responsible for setting the stage in a big way as the MCU unravels the Multiverse Saga and beyond, and one of his biggest claims could be as the lynchpin for the return of the Eternals, who, at the time of writing, have something of a dubious future.

In the comics, one of M.O.D.O.K.’s many alleged backstories involves his recruitment to the United States Army, who studied samples from monsters of Sin-Cong.

These monsters, who were hunted and collected by Reed Richards and Ben Grimm prior to their days as the Fantastic Four, happen to be members of the Deviant race, who the Eternals found themselves up against during the events of the Eternals film.

We’d hedge our bets that such an adaptation would be a loose one, but the connection between M.O.D.O.K., Deviants, and the Eternals might be just enough for Marvel Studios to exercise its creative whimsy. Indeed, with Makkari, Druig, and Thena traveling around the galaxy in search of other Eternals, there’s certainly the possibility of running into more Deviants, and with the Eternals’ cumbersome origin story out of the way, perhaps we’ll have time to delve into the “why” behind the Deviants’ resurgences, which could very well include M.O.D.O.K.’s tampering.

Ant-Man and the Wasp: Quantumania releases to theaters on Feb. 17.