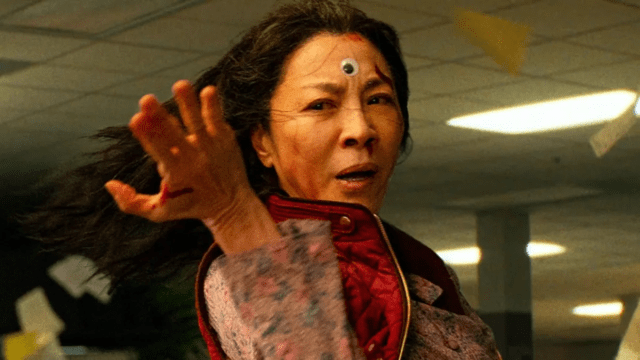 This year has been something of a phoenix moment for cinema; when COVID-19 first swept its way through the world, it wasn’t looking too hot for movies, who not only had to deal with theaters getting gutted but also the inability of large creative teams coming together most efficiently.

But 2022 has proven that nothing can keep movies down for long, with this year’s slate turning up some of the most memorable flicks in a long while, making for a year that could very well go down in history as one of the greatest for film.

And to celebrate such a triumphant return, r/movies have taken to naming some of the best movies that found their way to us this year.

One user kicked off the discussion by listing off a treasure trove of features from this year’s impressive run, including Top Gun: Maverick, Everything Everywhere All At Once, RRR, and others.

Another user flexed on the whole thread, dropping a long list of lesser-known favorites, most of them from this year’s New Zealand International Film Festival.

Horror fans have been especially spoiled this year, with Nope and The Black Phone having satisfied many a scare stan, who also have the likes of Barbarian and Halloween Ends to look forward to. In light of this, many users were happy to dig into some of the other horror flicks that graced us this year.

Another possible Twilight fan shouted out two ends of the popularity spectrum, naming The Batman and Crimes of the Future, the former a poignant cinematic takes on the legendary crime fighter, the latter a distinctly esoteric, delightfully graphic work from the mind of David Cronenberg.

With four months still left to go until 2023, this year seems to have already solidified itself as a modern-day cinematic golden age, and we can’t wait to see what comes next.