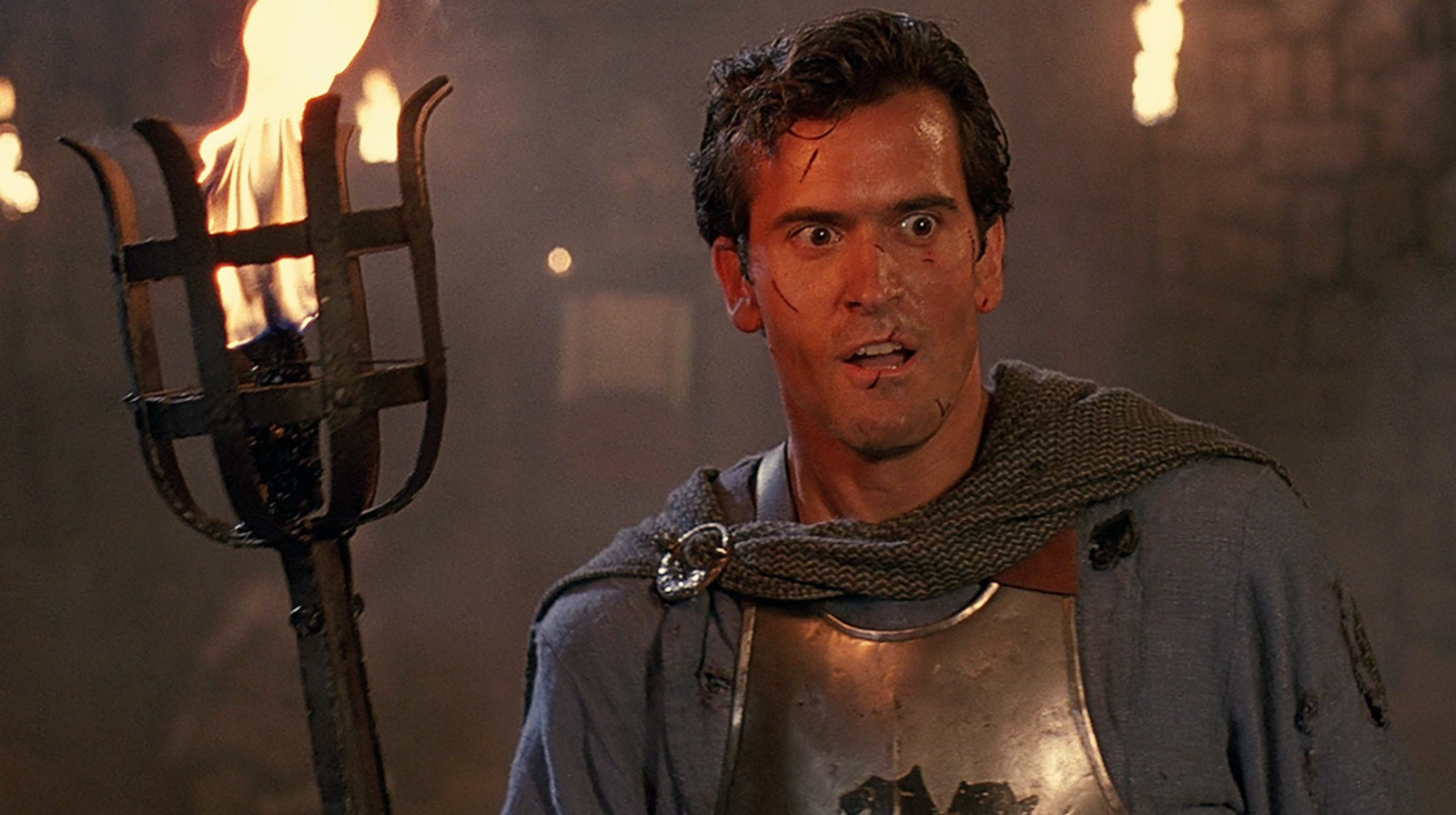 A debate has kicked off on Twitter about the best horror movies of the 1990s and a certain Sam Raimi cult classic is leading the pack.

Army of Darkness, the third film in the Raimi-directed, Bruce Campbell-led Evil Dead series, got picked so many times that it was trending on the platform over the weekend.

Since users are prompted to pick three films, the Best Picture-winning The Silence of the Lambs, the critically and commercially successful Scream, the transgressive sleeper hit The Blair Witch Project, the Robert Rodriguez-helmed expectations-destroyer From Dusk till Dawn, and the Anne Rice-penned Oscar nominee Interview with the Vampire have also gotten lots of love.

However, some users chose the Middle Ages-set zombie film for all three slots!

Whether or not Army of Darkness is one of your favorite ’90s horror flicks, you can add to the discussion here.