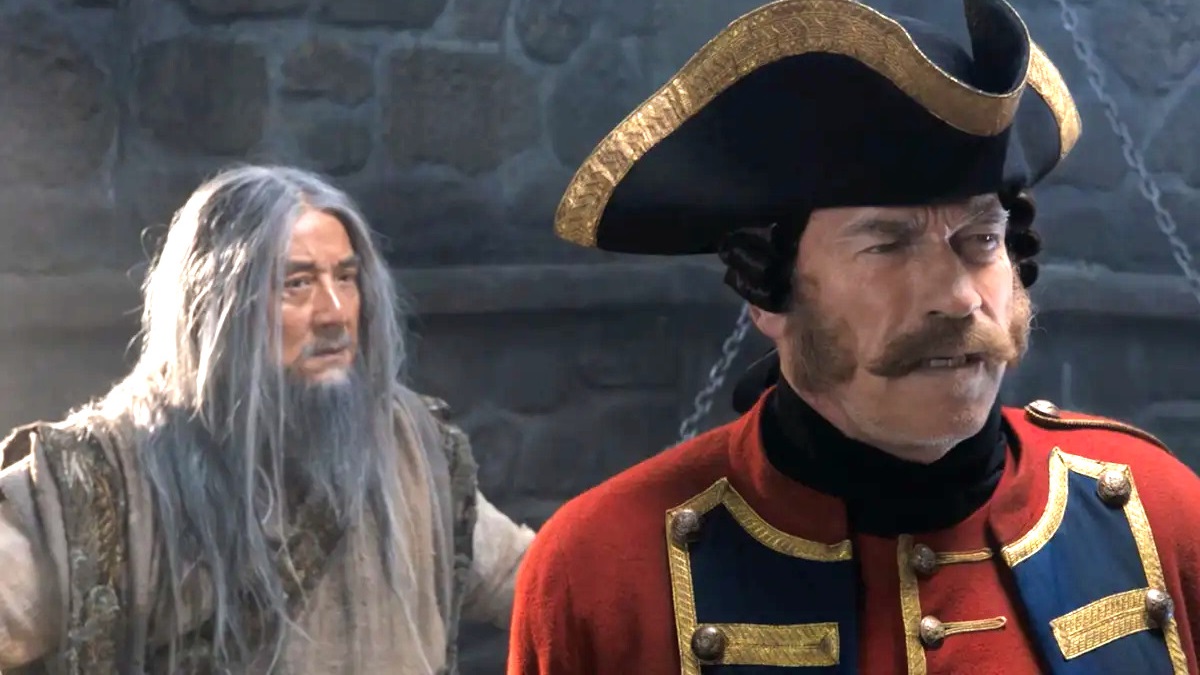 Once upon a time, the notion of watching Arnold Schwarzenegger and Jackie Chan facing off in a big budget blockbuster would be the stuff dreams are made of, but their eventual onscreen confrontation couldn’t have happened under more bizarre circumstances.

At various points, the lavish fantasy epic boasting both action titans went by the title of Viy 2: Journey to China, Journey to China: The Mystery of Iron Mask, The Mystery of Dragon Seal and just The Dragon Seal, during which time it was delayed by a year prior to arriving in the summer of 2019, before subsequently bombing at the box office after limping to a haul of less than $9 million.

A sequel to Oleg Stepchenko’s Viy, the story features cartographers, a Russian Tzar, a Chinese princess, the Tower of London, much terrible facial hair, incredibly hammy acting, and Schwarzenegger playing a man named James Hook, who as far as we can tell is not supposed to be the same dude from Peter Pan.

It’s all very strange, and not very good in all honesty, but that hasn’t stopped the movie from cracking Netflix’s global most-watched list, as per FlixPatrol. Big-name veterans still draw on streaming as we’ve seen, so if you lump two all-time greats like Schwarzenegger and Chan together and dump it on any old platform, it’ll find an audience.