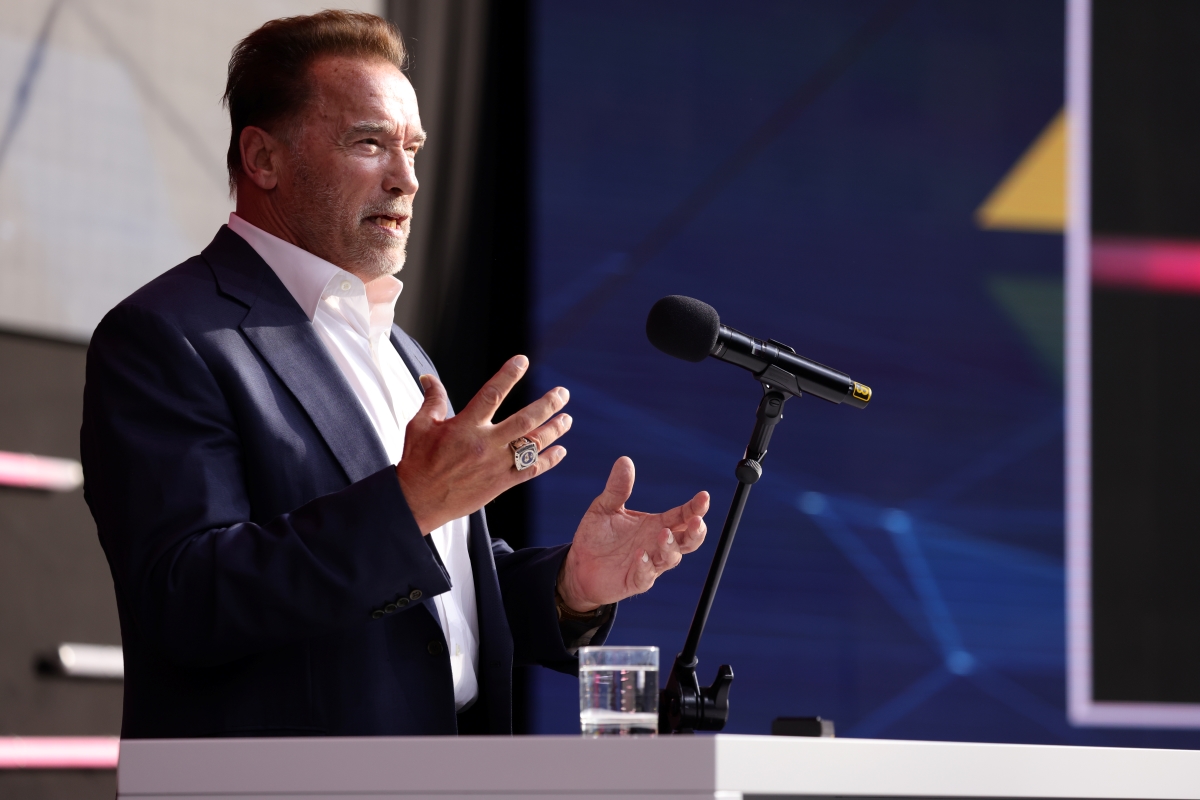 Legendary actor Arnold Schwarzenegger has been involved in a major road accident involving four cars that resulted in a woman being sent to hospital. The incident took place at West Sunset Boulevard and Allenford Avenue at around 4:35 p.m. PT on Friday, according to a statement released by the Los Angeles Police Department.

Pictures shared by TMZ suggest Schwarzenegger was behind the wheel of a Yukon SUV when it collided with a red Prius, rolling on top of the other vehicle and eventually turning to the left and coming to a stop on top of a Porsche Taycan. The woman driving the Prius, who was swiftly moved to a hospital, is said to have been badly injured by an abrasion to the forehead. An eyewitness told TMZ that the accident was “crazy” and “looked like a stunt from a movie.”

Schwarzenegger is confirmed to be unharmed, with a representative of the Terminator star telling People Magazine that he is “fine” and that “his only concern right now is for the woman who was injured.” The LAPD’s statement stressed that “neither alcohol or drugs are suspected as a factor in this collision. All parties remained at scene.”

According to TMZ, law enforcement sources have indicated that Schwarzenegger is believed to be the one at fault. The former bodybuilder and former Governor of California is stated to have been turning left despite a left turn arrow that was still red. The Expendables actor has not been ticketed. As per his representative’s statement, Schwarzenegger is said to be deeply concerned for the female driver’s condition and apparently will be personally checking up on her.

Arnold Schwarzenegger’s next acting appearance comes in action-comedy sequel Kung Fury 2, starring David Sandberg and Michael Fassbender, in which he will play the President. The film is scheduled for release sometime in 2022.