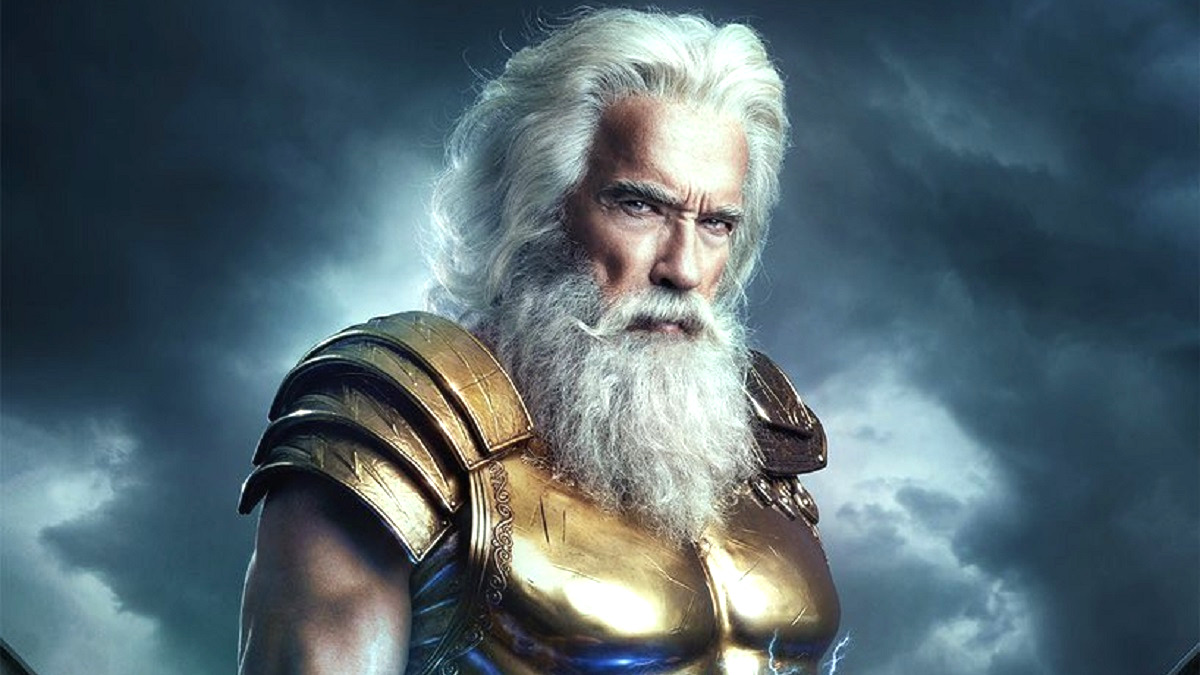 The famed action star and former governor took to Twitter and Instagram to mysteriously post art for his latest offering. In the post, we see an image of the Terminator actor decked out in bronze Greco-Roman style armor, sporting a long white beard, and clutching a writhing thunderbolt above a logo that reads simply “ZEUS”. The bottom of the poster and the caption of the photo both say simply, “Coming February 2022.”

So, can fans start getting excited about Arnold’s return to an epic action franchise for the first time since Terminator: Dark Fate in 2019? And as the king of the Greek pantheon of gods no less? Well… perhaps we all better hold on to our chariots on this one.

All excitement aside, the utter lack of any studio brand on the “poster” as well as the complete absence of mention of supporting cast members is fairly suspect in and of itself. Actors and studios aren’t exactly notorious for hiding their light under a bushel.

And if that weren’t enough, a studio publicity team that’s started to try ginning up excitement for a potential tentpole fantasy film featuring the biggest action star of all time is suspicious enough to beggar the imagination. But the ‘release’ date may lend a clue to what’s really going on here. Most sports fans will recall that a fairly big event happens in that month.

Superbowl LVI will take place on February 15 and, given the epic scale – and staggering costs- of the ads that air on the championship event every year, the idea that some company might be up for hiring Conan the Barbarian himself to helm their campaign is certainly within the realm of possibility. However, if this is a campaign, whoever is behind it is playing it fairly close to the chest in order for a big surprise on Superbowl Sunday.

In any case, both Schwarzenegger and the mystery publicity team behind him, Superbowl or no, have succeeded in one of the main aims of advertising. They have people talking about it. Whatever it might turn out to be. We’ll just have to wait until next month to find out.