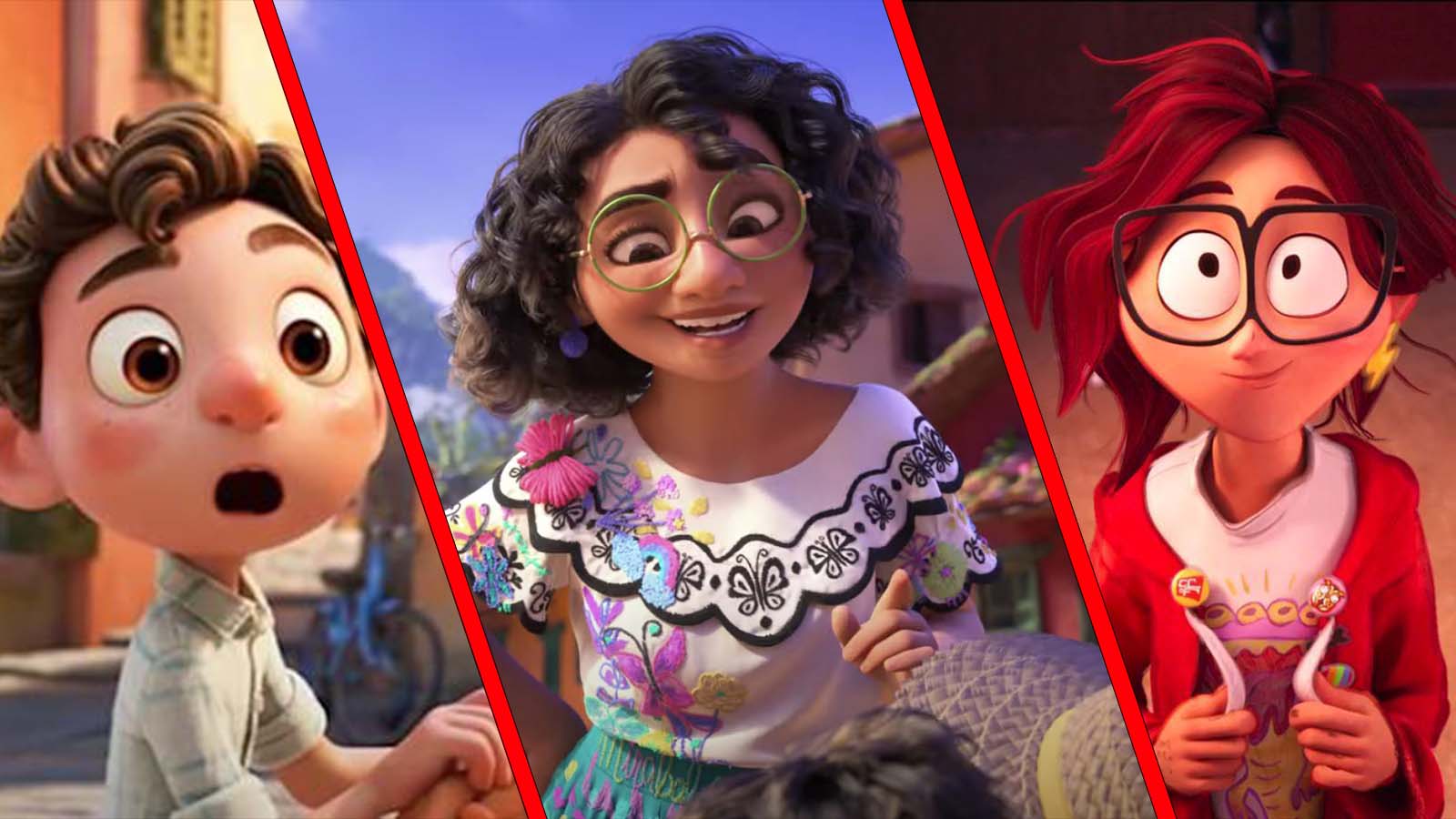 Artists from some of this year’s biggest animated movies recently spoke to THR to reveal how they came up with some of the iconic designs that are pivotal in reflecting the themes of the movie as well as representing a character’s personality.

Character art director Deanna Mardigliese said Luca was “direct, playful, and expressive.” The character is incredibly curious and in order to represent this Mardigliese made Luca’s eyes the largest of any character throughout the movie. The character also has “exaggerated proportions, much like those found in children’s drawings,” said Mardigliese. “You won’t find any perfectly straight lines or regularly spaced patterns in our character designs. Even our sea monster scales were organized with great care to have rhythmic irregularity in size and placement.”

Set in Columbia, Mirabel was designed to be authentic to her home country. “We started with a traditional Colombian-inspired skirt and covered it in embroidery designed to look imperfect and handmade,” said associate production designer Lorelay Bové. “Similar to what you may find in a 15-year-old girl’s scrapbook, we created different icons [for the skirt] to represent each member of her family, reflecting her love for each of them.”

Another distinctive accessory that Miravel wears is her large, round-framed glasses, which were added to represent themes throughout the movie. “One of the film’s main themes is perspective,” Bové said. “How different points of view can affect a relationship and having our main character wear glasses was an intentional choice to reinforce that theme.”

Katie – The Mitchells Vs. The Machines (Netflix)

Throughout the film, Katie is trying to find her place and stand out in the new film college she has begun attending. “Katie is trying to connect with people and be seen,” said director Mike Rianda. “Her clothes are this homing beacon attracting people like her. Whether that’s with film Easter eggs, like her socks that share the pattern from the rug in The Shining, or her rainbow button signaling to others that she’s LGBTQ+.”

From something as small as their socks or glasses, to something as big as using no straight lines in the character designs, the creativity and thought that goes into making each character unique is mind-blowing. Mardigliese, Bové, and Rianda are just the tip of the iceberg but the creation of these incredible characters is made even better by a huge team behind these artists.