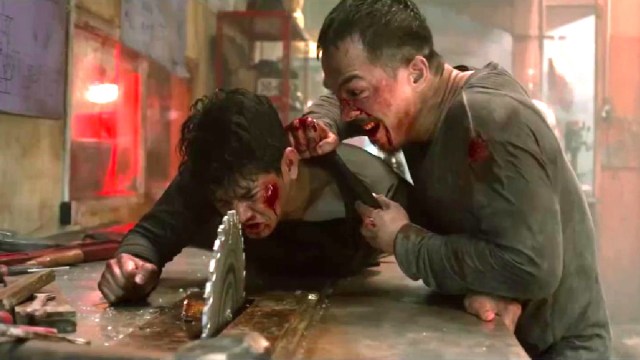 As strange as it sounds, for a whole lot of film fans, there are few things more relaxing and enjoyable than watching fistfights, shootouts, explosions, and wanton acts of deranged violence unfold in front of your eyes. Action cinema endures as one of the medium’s most popular forms because audiences love dangerous and death-defying set pieces, but some push the boundaries a lot further than others.

While a lot of modern blockbusters have come under increasing fire for playing it too safe and adopting an almost formulaic approach that strips away any shred of originality, marital arts movies (particularly those created and crafted by overseas filmmakers) are continually taking hand-to-hand combat and the art of the face-pummeling fracas to new and ever-more exciting heights.

With that in mind, Redditors have been suggesting some titles to whet the appetite for adrenaline-fueled insanity, and we’d be lying if we said that you may end up grimacing, wincing, or actively covering your eyes at some of the more hardcore scraps contained in the recommendations.

It isn’t a stretch in the slightest to call The Raid, The Night Comes for Us, The Villainess, Ong-Back, and The Protector some of the finest slabs of ass-kicking awesomeness to be released this century, with the likes of Iko Uwais, Joe Taslim, and Tony Jaa all parlaying the widespread acclaim enjoyed by their breakthrough roles into Hollywood success.

In many cases, plot and character development are virtually non-existent, but who cares when you can sit back and watch masters of martial arts beat the ever-loving sh*t out of each other in the most incredible fashion possible?