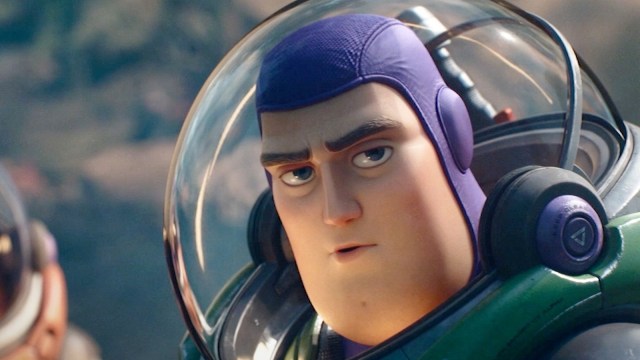 To streaming, and beyond! After a hefty theatrical run that introduced Chris Evans’ turn as the iconic space ranger, an MVP in the form of robotic feline Sox, and a foreboding post-credits scene, Lightyear is set to hit Disney Plus on Aug. 3.

“Lightyear looks amazing on the big screen, of course,” said director Angus MacLane, but we are so excited to bring it to Disney Plus.”

“We devoted years of our lives to this film, and we are so proud of it. We want to share it with as many people as possible. Disney Plus not only gives more fans an opportunity to see Lightyear, it gives us all the means to see it again and again.”

Based on the titular Toy Story character of the same name, Lightyear follows the plight of Buzz Lightyear, a young space ranger among the ranks of Star Command who finds himself stranded on a dangerous planet. With the help of friends old and new, Buzz seeks to return to Earth whilst fighting back against the evil Emperor Zurg, who threatens the safety of the universe.

And Chris Evans, who voices Buzz, is just one piece of the film’s stellar cast, with Uzo Aduba lending her voice to Alisha Hawthorne, Buzz’s best friend, while Peter Sohn takes up the ever-important mantle of Sox.

Keke Palmer, Taika Waititi, and Dale Soules feature as the member of the Junior Zap Patrol, and the evil Emperor Zurg is portrayed by none other than James Brolin.

Lightyear hasn’t quite finished up its theatrical run yet, so those of you looking for a big-screen Buzz Lightyear adventure can still snag one. Rest assured now, though, that no one will be missing out on Pixar’s latest space adventure.

Catch Lightyear on Disney Plus when it releases to the platform on Aug. 3.