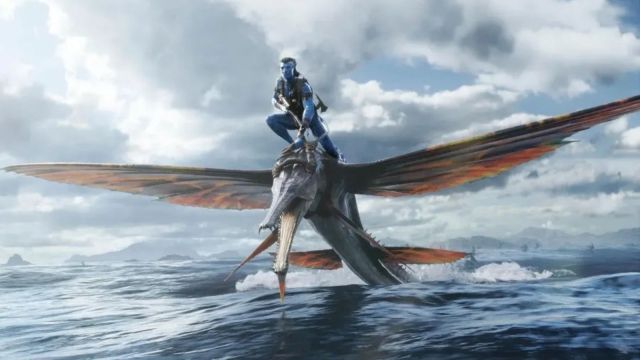 In 2009, James Cameron’s Avatar blew people away on how far 3D technology could go in the film industry. Moviegoers were wowed when they visited Pandora for the first time. That and how the 3D models of the Na’vi looked and moved realistically to the point where it looks real. And with Avatar: The Way of Water coming in just less than a month, cast members promise that the visuals for the upcoming sequel would be a step up from its predecessor.

In an interview with Fandango, Sam Worthington and Sigourney Weaver described how The Way of Water‘s visuals has stepped up since the previous film. Worthington talked about how they wanted the 3D visuals to be immersive as possible and how technology has evolved to make it happen for the sequel. He also said that the new visuals will bring audiences closer to Pandora than ever before.

“I think when you’re doing a story that a lot of it is set underwater, that immersive quality is really going to take an audience from their seat into — as you said — treading water, you feel like you might have to hold your breath. I think he’s using the skills and tools and that he’s worked on for years and has discovered and has actually made the cameras for. To take that audience out of their seat and into Pandora and that was always what he wanted to do. But you’re only going to stay in Pandora if the storyline is strong and the characters are empathetic.”

Meanwhile, Weaver said that the production for the second film was “more ambitious” than ever. She believed the visuals in The Way of Water made use of 3D technology’s full potential, and audiences will be shocked. Essentially, audiences will be blown away once again just by the visuals alone, just like when they saw it for the first time in 2009. She’d described the feeling as a “glorious return to the theaters.”

“But I think you will have to…experience this in the theater and the…I think one of the reasons it took a long time was he was actually waiting for the technology to catch up to his vision. So as breathtaking as the first experience was, and is visceral, I think this is even more ambitious, and even more remarkable. And it sets 3D into a whole new realm. It really took my breath away to watch it yesterday, just the 13 minutes we saw. I thought, oh my god, what a glorious return to the theaters we will have because you can only have this excitement, joy, and everything else when you are in the theater watching it in 3D. “

Avatar: The Way of Water is set to take audiences back to Pandora, but this time, showcasing more of the planet’s landscape. Sam Worthington and Zoe Saldana will be reprising their roles of Jake Sully and Neytiri. The film is scheduled to come out in theaters on Dec. 16, 2022.