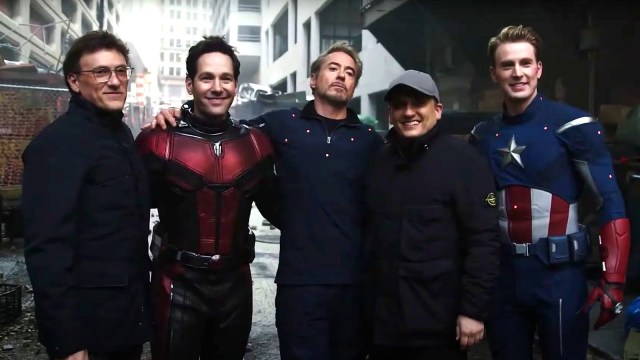 Are you even a high-profile filmmaker is you don’t get asked for your thoughts on the Marvel Cinematic Universe and superhero cinema in general during an interview? Based on how many top talents have fielded that exact line of inquiry since Martin Scorsese first opened a can of worms, we’re going to go ahead and say no.

Speaking of the MCU, no filmmakers have tackled as many installments as the four helmed by Joe and Anthony Russo, which includes the two top-grossing entries so far in Avengers: Infinity War and Endgame. While the siblings may be hanging around the $200 million blockbuster wheelhouse via Netflix epic The Gray Man, their AGBO company dabbles in much smaller fare.

Acclaimed action thriller Mosul, intense psychological horror Relic, recently renewed sci-fi series From, and the beloved Everything Everywhere All at Once were all produced by the Russos, so they know how to give back. Speaking to The Hollywood Reporter, Joe didn’t hold back when sharing his thoughts on Marvel being vilified by cinema purists.

“When I was 19, I used to love U2. And then they started getting some commercial success, beyond their MTV early days, where they were the biggest band in the world. And I was like, “I hate U2. I’m sick of U2. They’re so ubiquitous!” That was just my ego trying to define myself against the masses. Then, 10 years later, I was like, “I f*cking love U2. Why did I do that?” I outgrew it. It feels like a very juvenile conversation. The whole thing feels sad and cynical and pessimistic. You’re talking about movies that 10-year-olds are weeping over and begging to go see. They’ll remember for decades that they were there with their grandfather. Like, give me a f*cking break.”

People can in fact choose to like whatever they want to like, whether that’s spandex-clad crimefighters or arthouse indies. The Russos have been involved in those two disparate genres and many more, so they’re uniquely qualified to speak out.