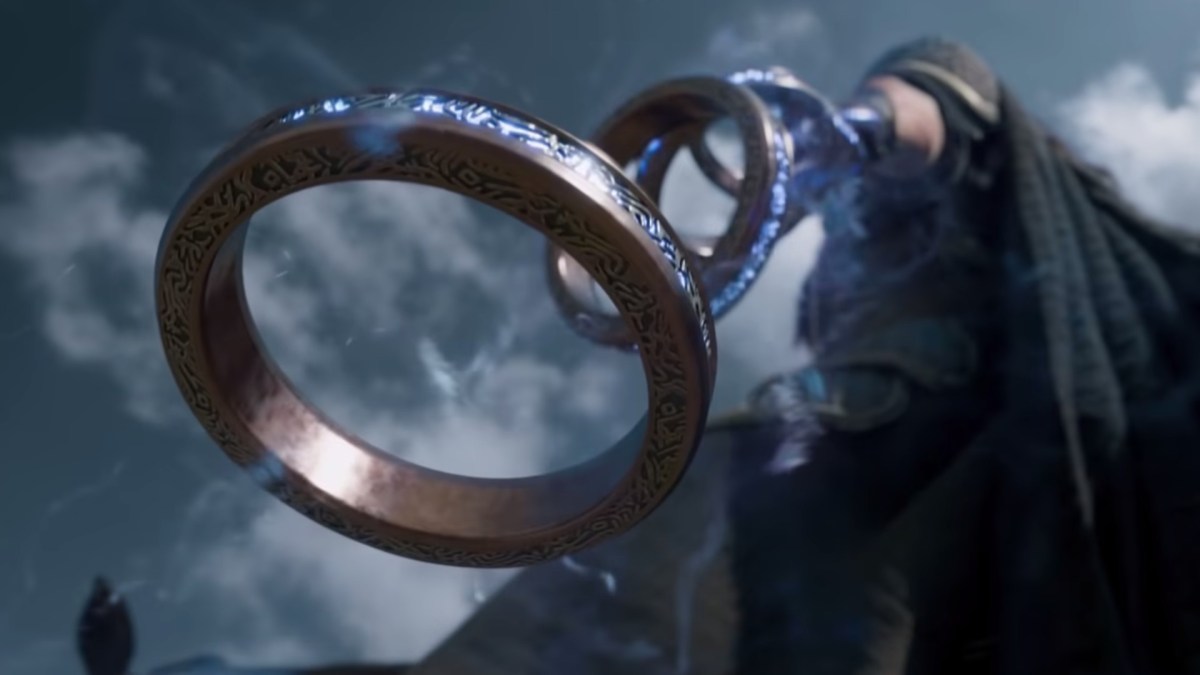 Shang-Chi and the Legend of the Ten Rings

Phase four of the MCU has introduced us to a whole host of powerful new objects whilst season one of Loki, completely seemed to nullify the power of the Infinity Stones. Many of these new objects of power seem to have a link to time, and one Reddit user is wondering if Kang’s various variants are potentially on the hunt for them.

Season one of Loki quickly shut down the idea of the Infinity Stones carrying any more weight in the MCU, unless that is you need a weight to keep your papers on your desk. With the dismissal of the stones we have instead been introduced to a whole host of powerful new objects including Shang Chi’s Ten Rings, Kamala Khan’s bangles, Konshu’s staff, and we also got a very quick look at the Ebony Blade at the end of Eternals.

We don’t know if any of these will come together at any point, but they are pretty powerful and all seem to have powers that in some way relate to time, the Ten Rings grant the user power but also immortality, the bangles allowed Kamala to travel back in time to see her great grandmother, Konshu’s staff turned back the very stars, and the Ebony Blade is also able to grant immortality to its wielder as well (though we have yet to see its power in the MCU.

A lot of the Multiverse Saga is based around time, of course, much of this came about after the Avengers went back in time during Endgame in order to undo the destruction created by Thanos. Now, we are simply watching the results of that decision play out after that very event led to Loki escaping and the destruction of the Sacred Timeline.

With that destruction comes the release of Kang’s many variants, which had been held at bay by one variant He Who Remains. One fan wonders if we will see multiple Kangs going after these, MacGuffins throughout phases five and six.

Some feel that this is a little too boring though, and hope there is more to come than another hunt for objects of power.

This person thinks that these treasures were Kang’s to begin with and that he will simply collect them once more.

Though some think that Kang would be able to conquer the universe without them anyway.

This fan thinks it sounds way too similar to the overarching plot for the Infinity Saga.

One person is pretty succinct with what they think about this theory.

Unlike the Infinity Stones, all these objects are rather different from one another, though the bangles and the Ten Rings have a certain connection, and have very different attributes. We have no idea yet what Kang will do to achieve his goals, or what he needs to achieve them. Guess we will just have to keep watching.