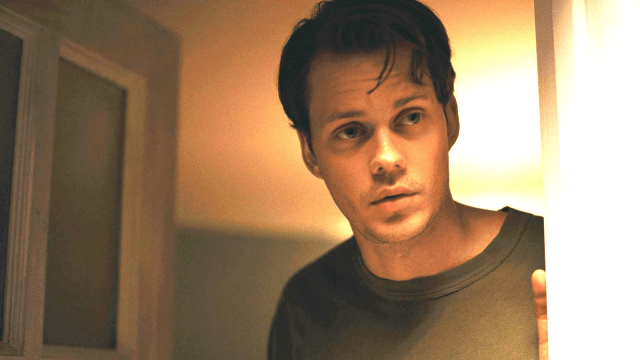 Barbarian, the claustrophobic horror feature currently taking critics’ hearts by storm, was director Zach Cregger’s first foray into the genre, proving that his tried-and-true comedy chops aren’t the only tricks he has in his bag.

It’s safe to say this probably won’t be the last we see from Cregger, a likely candidate to pull off another slew of horror hits that Jordan Peele did earlier this summer, but even now, having firmly proven his salt as a horror writer/director, one might wonder how he’d fair with tackling some of horror’s heavyweight franchises, such as Halloween or Nightmare on Elm Street.

And wondering is about as far as one will likely get because the director has no plans on bearing such a responsibility. In an interview with One Take News, Cregger admitted his knee-jerk reluctance towards the idea of reboots, a sentiment that many of us likely share.

I don’t think I would do it. I’m one of those guys, when they do another Texas Chainsaw movie, I’m like “No!”. I don’t know if that’s fair or not but I just love the originals and it’s rare when someone reboots a horror movie and it improves upon the original.

He would go on to point out the lost cause of a challenge that would present itself should his own film become subject to a reboot or sequel.

I just think it’s hard to do it and I think a sequel to Barbarian would have to be a straight up comedy.

Barbarian follows the plight of Tess, an out-of-towner who rents out an Airbnb when she travels to Detroit for a job interview. Much to her chagrin, she discovers that the house has been double-booked, and a man is already staying there by the time she arrives. They both agree to make the most of the situation, but Tess soon discovers that the stranger she’s sharing the roof with might be the least of her worries.

Barbarian is currently playing in theaters.