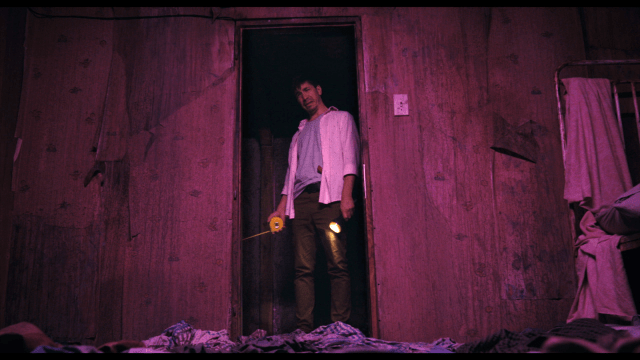 It may not be elevated horror, as Zach Cregger has insisted, but the writer/director’s first foray into a solo feature film was certainly a cut above the majority of titles in a flourishing year for horror releases. Indeed, Barbarian rightfully snapped up its distinction as a sleeper hit, no doubt thanks to the word of mouth surrounding its rejection of convention, intelligent commentary, and ability to keep audiences guessing.

Perhaps the element that was most out-of-left-field, however, was Matthew Patrick Davis’ prosthetic-drenched turn as “The Mother,” an inbred human with incredible strength and speed who rather forcefully insists on being a mother figure to anyone, particularly Georgina Campbell’s Tess, who winds up in her basement.

Indeed, from her life-threatening aura at the outset of her introduction, to the odd development of her holding a baby’s bottle towards AJ, to her gentle handling of Tess at the film’s end, The Mother turned out to be as complex a character as her dialogue-bestowed counterparts, and in an interview with Screen Rant, Cregger cited the mother of Grendel, from the millennium-old epic poem Beowulf, as a key inspiration for Barbarian‘s proxy antagonist.

There was a drawing in a Beowulf illustrated book I had as a kid, and there’s this illustration of Grendel’s mother that really made an impact on me. So, that was what was in my head when I was writing it, and I showed that to the team.

In hindsight, the parallels are definitely worth an inspection; The Mother may not lust after the blood of those who have slain her “children,” as Grendel’s mother does in the poem, but we all saw what happened to AJ after he gaslit Tess about shoving her off the water tower. Long story short, you don’t mess with a mother’s love, no matter what form it takes.

Barbarian is currently available to stream on HBO Max in the United States, and on Disney Plus via the streamer’s Star package in international territories.