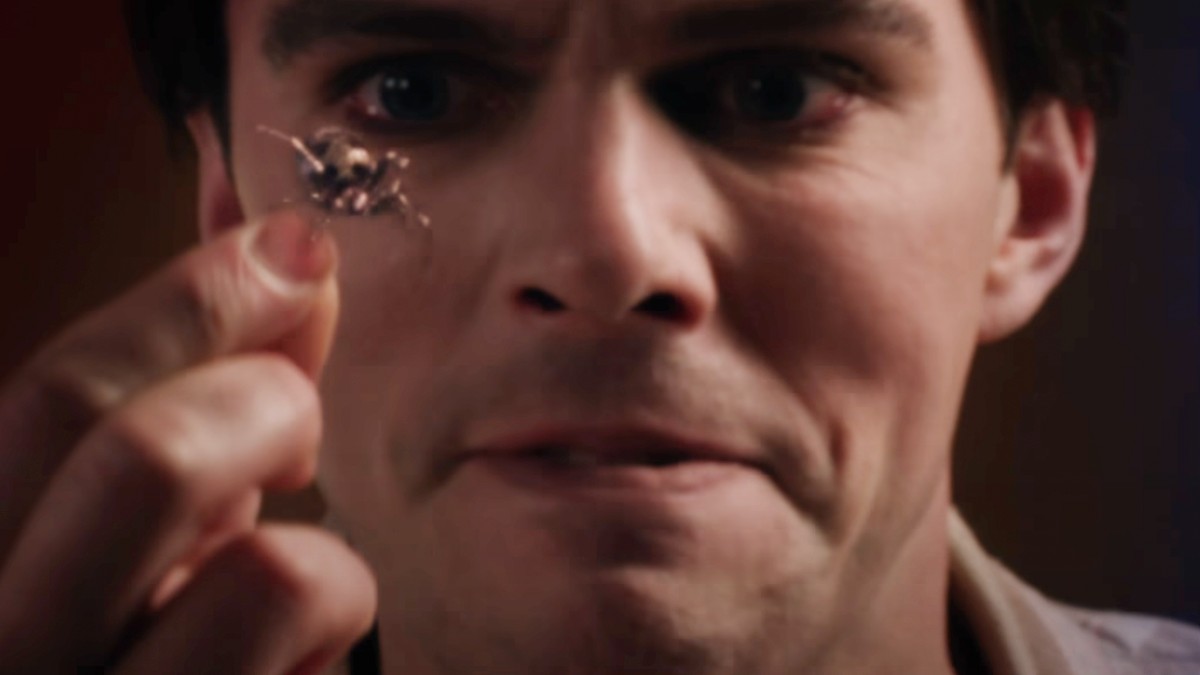 Count Dracula fans, rejoice! Before Robert Eggers’ Nosferatu remake has us all absolutely shaking in our boots, Chris McKay’s horror-comedy phenomenon Renfield is set to deliver a cauldron of blood-sucking insanity and eye-popping action sequences. Naturally, in a movie that features Nicolas Cage as Dracula, an abundance of unexpected moments is only bound to happen — which apparently includes a particular fork-stabbing scene.

Earlier today, the official trailer for the upcoming horror extravaganza was released, prompting genre stans to dissect every diminutive detail. And while the captivating trailer indisputably contained a slew of memorable bits, fans were immediately drawn to a moment that occurs between Parks and Recreation star Ben Schwartz and Renfield’s Nicholas Hoult. The aforementioned encounter involves Hoult’s Renfield stabbing Schwartz’s character with a fork.

Based on Schwartz’s reaction to a fan spotting him in the trailer, one can only assume that the 41-year-old actor was overcome with joy to be in such an action-packed scene, despite the actual reveal only lasting for a few seconds. Still, to be involved (and stabbed) in a movie where Nic Cage reigns supreme as the darkest and most powerful member of the undead, has to be one of the greatest rewards on the planet.

Who knows, maybe Schwartz even received a larger role in the movie and eventually becomes one of Dracula’s victims, seeing as Renfield leads many folks to the almighty vampire. Or, maybe he’ll receive a few more stabs. Either way, there’s plenty to be excited about here.