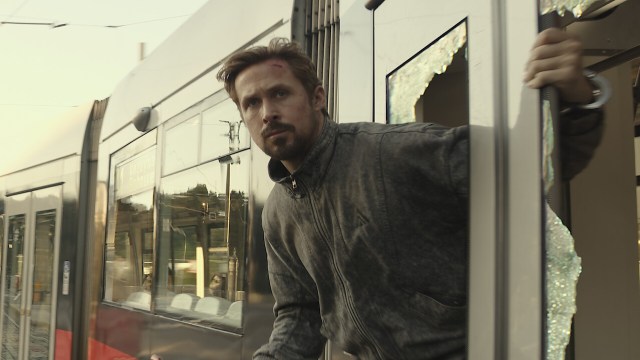 For more than 20 years, moviegoing audiences everywhere have been able to agree that Ryan Gosling is, among other things, a gorgeous man. Gosling’s good looks are so pronounced, in fact, that it sometimes seems like he takes on roles specifically because he wants to rebel against the beautiful face he’s been given. Sometimes, though, Gosling leans in, and he almost always looks great doing it. These are the movies that best take advantage of how gorgeous Ryan Gosling is.

Gosling is almost entirely buttoned up in this period piece, where he plays Neil Armstrong. Here, though, Gosling’s reserve is part of his appeal. The real Neil Armstrong wasn’t nearly this hot, but even in his suburban dad clothes with his close cut hair, it’s impossible for Gosling to hide just how handsome he is. It’s not the hottest he’s ever looked, to be sure, but the performance itself is pretty wonderful, and it’s only made better by the way Gosling manages to pull off some pretty ugly ensembles.

Not a good movie, but boy does Gosling look pretty good in it. Setting the movie in 1940s Los Angeles is a great excuse for Gosling to wear lots of well-fitting three-piece suits and fedoras, which he pulls off better than almost any man alive. In a movie that isn’t all that compelling on a plot level, the most important thing to focus on is Gosling’s ensembles, and they deliver. He doesn’t do a ton of period stuff, but when he does, we should be sure to get him in as many suits as possible.

If singing and dancing is more your thing, then this is probably the Gosling performance for you. Emma Stone walks away with all of this movie’s biggest moments, but Gosling is oozing charisma from the second he walks on screen, even as he’s playing a fairly prickly character. Thanks in part to his slightly disheveled looks and his love of the piano, Gosling’s Sebastian feels like the kind of schlub that it would be easy to fall in love with, even if he doesn’t remotely have his life together.

7. The Place Beyond the Pines

Gosling is only in a third of this movie, but the blonde hair he rocks is more than enough reason to include it on this list. This movie gives us plenty of shirted, tatted-up Gosling, and it was about a decade ahead of the bleach blonde, tattoo renaissance that has lifted Pete Davidson so high. Gosling looks so beautiful in The Place Beyond the Pines that he blows Bradley Cooper, who is not an ugly man, completely out of the water. It’s easy to see why Eva Mendes fell in love with him on this.

In the parts of Blue Valentine where Gosling is hot, he’s really hot. Unfortunately, part of the point of this movie is that young love doesn’t last forever, and is eventually replaced by the mundanity of raising a family and trying to support one another. The older version of Gosling is certainly less stunning than his younger self, but that younger self is a show-stopper. He’s full of winsome, positive energy that only makes the eventual downfall of the relationship all the more tragic. Gosling’s charm, which seems like an everlasting resource, eventually runs out.

You might not totally remember Only God Forgives, but you should watch for Gosling’s look alone. He plays a calm drug dealer who is sent on a revenge mission by his mother, and while there are plenty of sumptuous visuals, the most impressive element is how Gosling is styled and framed. The beard that defines many of his best looks is present here, but it turns out that all Gosling needs to look like the perfect man is a white T-shirt that may be a little ripped from all the fighting he’s been doing.

Nobody plays a hot robot like Ryan Gosling. Few people in movies today are as hot as Harrison Ford was in 1982, but Gosling is pretty close, and he’s the perfect replacement for Ford as the lead of this legacy sequel. Thanks to a great trenchcoat and some wonderful tees, Gosling never looks less than great, even as he travels through the dystopian hellscape of this world. Once again sporting a little bit of scruff, he’s the perfect picture of a leading man in his prime.

Ryan Gosling is in this movie to look hot, and he does exactly that. There is the famous Dirty Dancing riff that is likely his hottest moment, but from the moment he shows up on screen, he exists to be the perfect man, and he largely manages to achieve that. He wears impeccable suits, looks so good without a shirt on that he must be photoshopped, and charms both Emma Stone and the audience into falling head over heels in love with him, even if we know he’s also a bit of a scoundrel.

Gosling’s most purely romantic performance is also one of his hottest. While he still looks like a kid in the earliest section of the movie, it’s their reunion years later that earned the film such a high placement on this list. Complete with a beard and some shaggy hair, Gosling picks Rachel McAdams up and kisses her in the rain. It’s completely swoonworthy, and more than a little of that swooning comes because Gosling looks so good in his depressed, sulky mode.

You may not want to date Gosling’s stunt driver in Drive, but it’s hard to deny that he’s incredibly hot. The insane jacket he wears through most of the film should not work on anybody, but Gosling pulls it off in part because he seems so self-possessed and confident. Gosling has done nothing to his face or body here, but he’s playing a sociopath nonetheless. That sociopathy should be a major turn-off, but when Gosling is playing the role, you almost want to lean in to learn more about precisely who this guy really is.