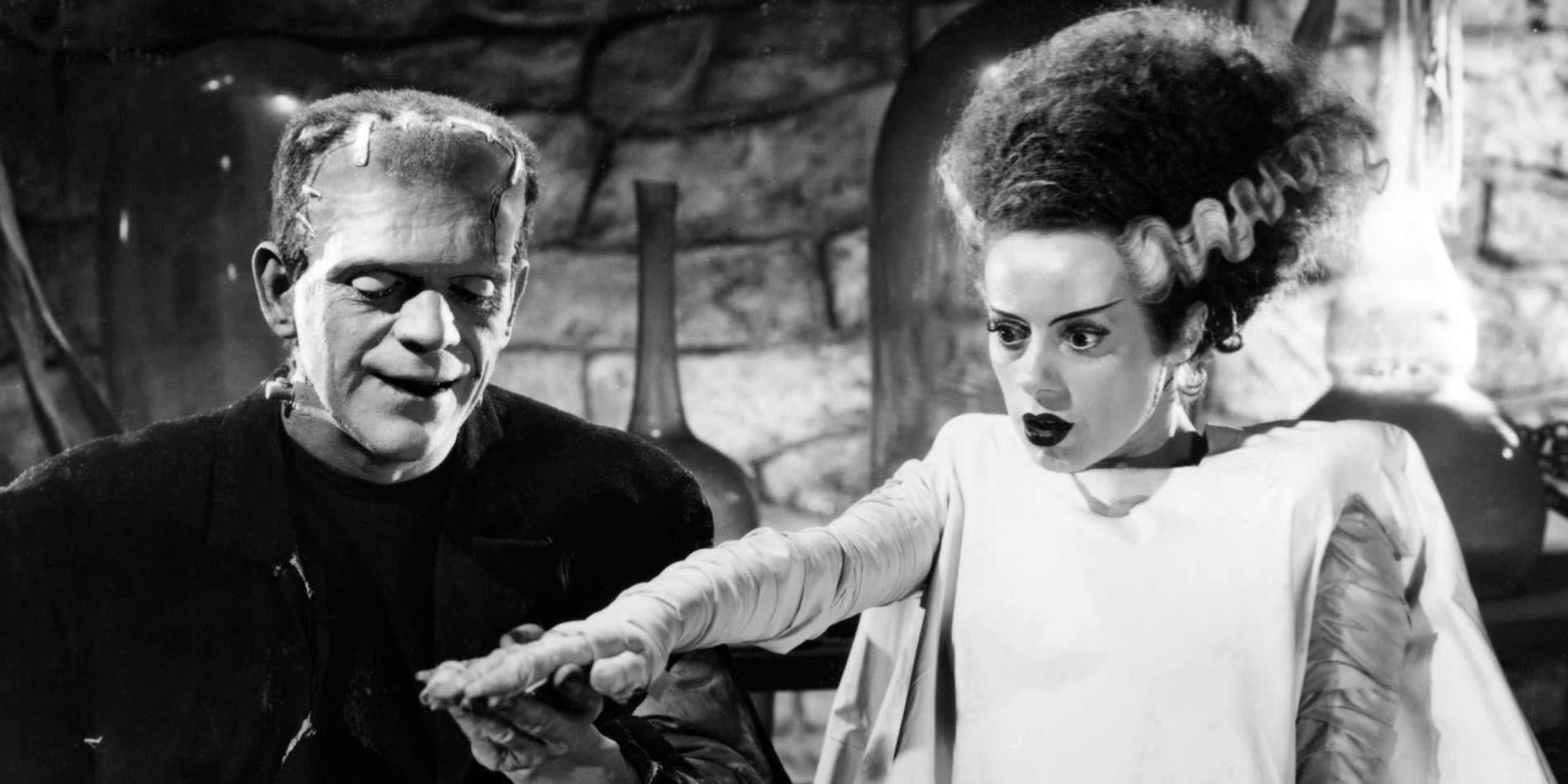 The Universal Monsters meta-franchise is one of the most prestigious and beloved franchises in movie history. Covering the horror films that Universal Pictures released between 1930 and 1960, this franchise contains many legendary films that pushed the boundaries of the horror genre. While many of these films were based on classic horror novels or famous legends, the versions seen in Universal’s movies became so iconic that they shaped the public’s perception of these characters.

One of the most iconic films ever made, Creature from the Black Lagoon is one of the later Universal Monster films, hitting screens in 1954. The film was directed by Jack Arnold, and it was, in many ways, an attempt to update the classic Universal Monster format for the 1950s.

After a geology expedition finds a fossil that could link man and sea animals, Dr. David Reed (Richard Carlson) organizes a research trip to the area. A member of this species still exists, however, and it stalks the crew from the shadows, becoming fascinated with their female member Kay (Julia Adams) as it does. While Creature from the Black Lagoon has dated quite heavily, the titular creature is a design masterpiece, and the film features several amazing underwater shots that are worth the price of entry alone.

1941’s The Wolfman was technically the second werewolf-based Universal Monster picture, with Werewolf Of London released in 1935. The Wolfman, however, cemented the Wolfman image that is still used today.

Starring Lon Chaney Jr., The Wolfman follows Larry Talbot, a man who returns to Llanwelly, Wales, his ancestral home, after being informed that his brother had died. When Larry becomes a murder suspect after two women he is with are killed by a wolf-like creature, things turn dark. Something that is only made worse by the fact that Larry was bitten by the creature.

A wonderfully suspenseful and twist-filled tale, The Wolfman is an early horror-thriller that delivers some fascinating twists and turns. It also has a fantastic atmosphere and touches on some deeper themes.

Released in 1948, Abbott and Costello Meet Frankenstein marks another turning point for the Universal Monsters, which were not drawing as well as they had been in the 1930s. Comedy duo Abbott and Costello, however, kept drawing loads of money with their comedy act, so a crossover made perfect sense.

This film sees two baggage clerks, Chick Young and Wilbur Grey (played by Abbott and Costello), getting into trouble when they deliver some crates to McDougal’s House of Horrors. This becomes worse when Dracula (Bela Lugosi) and his new assistant Dr. Sandra Mornay (Lenore Aubert) realize that Grey’s brain is just what they need to bring Frankenstein’s Monster (Glenn Strange) back to life. This leads to Grey and Young doing their best to avoid Dracula and a load of other monsters while they try to find a way out of their sticky situation.

James Whale was a massively talented director with a unique style. He could bring even the most fantastical tale to life in a memorable and relatable way, despite the limitations of the period’s special effects. The Invisible Man is a fantastic example of this.

While most Universal Monster films were gothic horror tales, The Invisible Man is a science-fiction-tale, adapting a story penned by H. G. Wells. It follows Dr. Jack Griffin (Claude Rains), a man who worked out how to turn himself invisible, but his mental health has suffered because of this causing him to embark on a horrible quest. A highly atmospheric film that perfectly captures the theme of the dangers of unchecked science, The Invisible Man feels very different from other Universal Monster pictures while still being very enjoyable in its own right.

1931’s Frankenstein is, without a doubt, a legendary film. Directed by James Whale, Frankenstein is a loose adaptation of the original book, tracking the creation of the iconic creature and the resulting chaos it causes. Boris Karloff’s portrayal of the Monster is stunning, and it steals the show at every opportunity. He perfectly captures the horrific but confused nature of the creature as it tries to make sense of the strange situation that has been forced upon it without its consent. The rest of the cast also does a remarkable job, bringing plenty of depth and pathos to their roles, which helps ground this gothic tale and make it super memorable.

Frankenstein still holds up remarkably well today and is much better than several more modern versions of the tale, showing just how talented everyone behind-the-scenes was.

Dracula’s Daughter, the first sequel to Dracula, picks up right where the first left off, with Van Helsing (Edward Van Sloan) arrested for Dracula’s murder. At the same time, Countess Marya Zaleska (Gloria Holden) arrives in England. Zaleska is Dracula’s daughter, but she hates being a vampire and is hoping she can destroy Dracula’s body and free herself from her curse.

Hitting screens in 1936, Dracula’s Daughter is a fascinating bit of cinema history. Showing how horror was changing and evolving during the era of the Hays Code. While previous Universal Monsters had villains with some sympathetic elements, Dracula’s Daughter pushes it further with the tragic figure of Marya Zaleska. In the first two acts, her attempts to remove her vampirism are handled well, fully capturing the mournful undertone that underpins many classic Universal Monsters. The film is well known for its heavy homosexual undertones, which caused several issues due to the Production Code Authority frequently rejecting Universal’s scripts due to their content. So, while it has flaws, Dracula’s Daughter is a watershed moment that shows how horror changed as the 30s went on.

In the 1930s, Universal was keen to make movies for the international market, specifically the Spanish-speaking market. While the original Dracula film was being shot, they also made this Spanish version. During the day, the sets and lot would be used to film the English version, and then every night, a new cast and crew would come in and shoot the Spanish version on the same sets. These films ended up deviating quite heavily from each other, however, mainly because of director George Melford’s influence.

While the film does tell a loose version of the classic Dracula story, it has a very different atmosphere, especially as it was able to get slightly more explicit in some areas. On top of this, it is 30 minutes longer than the English version, leading to a more fleshed-out story. This version is better than the English version in many areas, though it is let down by the fact that Carlos Villarías’ version of Dracula simply isn’t as mesmerizing nor enigmatic as Bela Lugosi’s version.

This film was considered lost until a copy was found in the 1970s, leading to it often being overlooked.

The Mummy is one of the most overlooked movies in the Universal Monsters franchise. Released in 1932 and directed by Karl Freund, this film sees Boris Karloff take the role of the titular Mummy Imhotep who is risen from the dead by a group of archeologists, only for him to escape and integrate into society. Things turn dark when Imhotep encounters Helen Grosvenor (Zita Johann), a woman he believes to be the reincarnation of his former lover. This idea sends Imhotep on a rampage as he does anything to reconnect with what he believes is his lost love.

While still a monster picture, The Mummy is also a surprisingly profound tale of longing. Credit must be given to Karloff, who plays Imhotep with a world-weary air that helps you understand the tragedy that sits just under the surface of the Mummy. While other films launched the Universal Monsters genre, The Mummy is the perfect example of why these films have endured, because while the monsters were scary, they also acted as fractured reflections of human nature, making them inherently relatable.

A film that requires no introduction, 1931’s Dracula is the template that shaped modern vampire lore. Released before the Hays Code, Dracula pushed the boundaries of what was possible in the medium. The film is a loose retelling of Bram Stoker’s Dracula novel and follows the titular vampire as he causes chaos in England and clashes with Van Helsing.

Bela Lugosi’s performance as Dracula is truly iconic, but the rest of the cast also turns in genre-defining performances, including Edward Van Sloan’s Van Helsing, which profoundly shaped later versions of the character. It is easy to see why this film spawned a massive franchise because even today, it is an atmospheric masterpiece.

Released in 1935, Bride Of Frankenstein is an iconic movie and it is easy to see why. The sequel to Frankenstein, this movie sees Henry Frankenstein (Colin Clive) and his former mentor Doctor Septimus Pretorius (Ernest Thesiger) attempt to create a mate for the Monster (Boris Karloff) after it demands one. However, Henry has disowned his creation leading to an uneasy project.