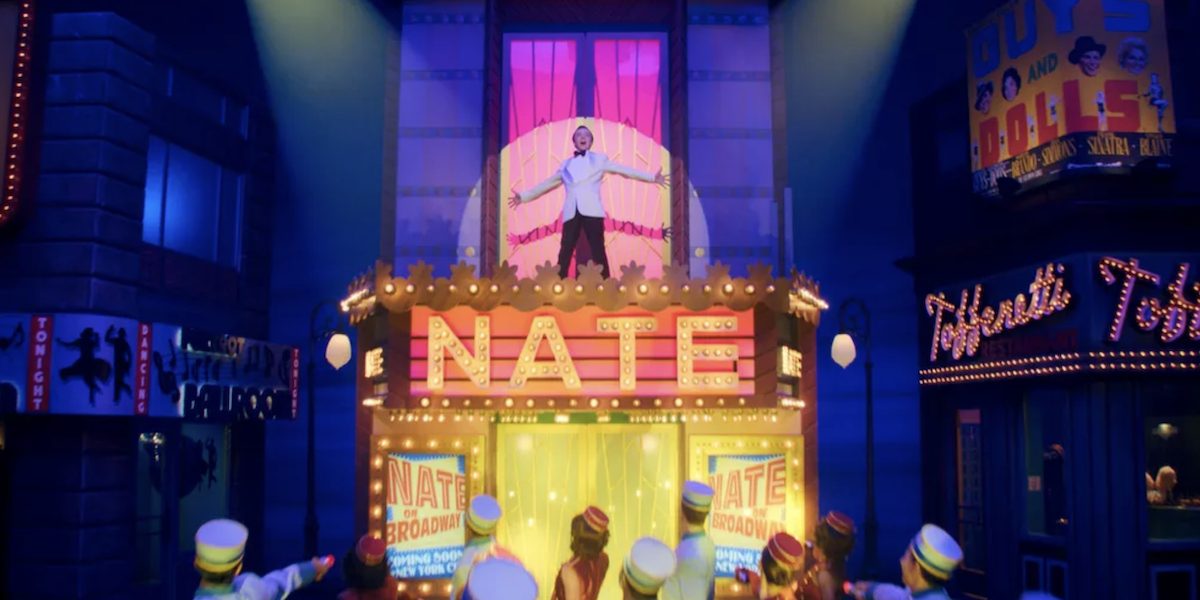 The cast and crew of Better Nate Than Ever, the latest Disney Plus original movie to hit streaming, took to the red carpet for a special Broadway screening of the film in New York this Monday. NYC’s AMC Empire Theater played host to the premiere showing of the feel-good comedy adventure, with many of the film’s stars in attendance.

Better Nate Than Ever follows the titular 13-year-old with dreams of one day making it big on Broadway. The only problem is that he can even land a part in his school play. But when his parents leave town, Nate and his best friend Libby sneak off from Pittsburgh to the Big Apple to audition for the new musical adaptation of Lilo and Stitch in order to prove everyone wrong. A chance encounter with Nate’s long-lost Aunt Heidi, a brief Broadway star herself, turns his journey upside down, however, and together they must learn that life’s greatest adventures are only as big as yours dreams.

As you can see by the photos above, the NYC screening was attended by the likes of newcomer Rueby Wood, who plays Nate, Aria Brooks (All That), Michelle Federer (New Amsterdam), and Norbert Leo Burtz (Debris). Not to mention director/writer/executive producer Tim Federle. Federle, most known for showrunning Disney Plus smash-hit High School Musical: The Musical: The Series, adapted the movie from his own best-selling novel of the same name.

Ahead of High School Musical: The Musical: The Series season three arriving on the platform later this year, Better Nate Than Ever promises to be unmissable entertainment for Broadway and musical fans when it debuts April 1 on Disney Plus.