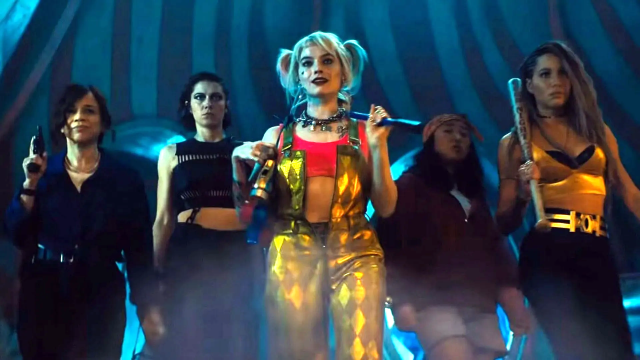 Birds of Prey was one of the DCU‘s saving graces in recent years. After being caught in the crossfire of the vomit-inducing Suicide Squad and the egregious sexualization of her character, it was infinitely refreshing to see Harley Quinn at least partially free herself from those associations and spearhead her own team in an infinitely cheeky, staunchly fun feminist romp of a film.

As she does with most everything, Margot Robbie nailed Harley with inch-perfect charisma, and her supporting cast of Jurnee Smollett-Bell (Black Canary), Mary Elizabeth Winstead (Huntress), and Rosie Perez (Renee Montoya) deftly fanned the flames of Robbie’s Harley whilst setting scenes ablaze in their own right.

But there was one character in particular that left a grossly sour taste in the mouths of DC Comics fans, one that, evidently, continues to sting even to this day. That character is none other than Cassandra Cain, and the folks of r/DC_Cinematic thought it necessary to air their grievances once again.

For those of you not in the know, the Birds of Prey rendition of Cassandra Cain differs quite aggressively from her comic book counterpart; in the comics, she’s the adopted daughter of Batman, birthed from the union of two deadly assassins, Lady Shiva and David Cain, both of whom trained her to become the world’s most dangerous assassin; as one can imagine, the training had its fair share of abuse piggybacking on top of it. She later murders someone at age 10 and becomes so terrified of herself that it prompts her to run away, eventually becoming a member of the Batman Family. Her story is one of palpable trauma and inspiring, if unorthodox, recovery.

Compare that to her character in Birds of Prey, an amateur child pickpocket who serves as little more than a MacGuffin, and you can well imagine where the frustration stems from.

Indeed, it looks like the Birds of Prey writers wrote themselves into perennial disapproval from Cassandra Cain stans, and it will be tricky to fix this particular misstep. But, all the DCU can do now is keep moving forward, and with James Gunn and Peter Safran leading that charge now, that horizon is brighter than ever.