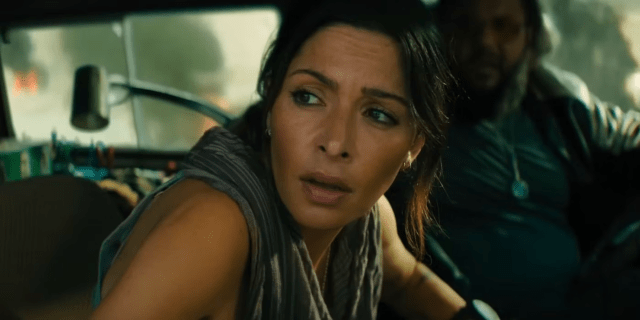 Black Adam looks primed to change the game when it drops into theaters tomorrow; backed by the ever-passionate charisma of Dwayne Johnson in the title role, the film is gunning to revitalize the DC Extended Universe on a myriad of fronts, and the box office looks to be the most prominent one.

Outside of whatever figures Black Adam will bring to Warner Bros., the film has also largely been billed as one that will shake up not only the power dynamics of the DCEU, but the moral dynamics as well. Having famously embodied the corrupted antihero archetype throughout his history, Black Adam has largely contributed to the more nuanced discussions of what defines a hero and what defines a villain, and the film looks to be honoring such discussions in a big way.

At the very least, the ethos of the character and the story isn’t lost on the film’s cast members, particularly Sarah Shahi and Mohammed Amer, who portray Kahndaq resistance fighter Adrianna Tomaz and her brother Karim, respectively. In a promotional interview with actor Echo Kellum (Arrow), Amer left everyone speechless by drawing on a quote from the late and great actor Peter Ustinov to describe his feelings towards the film’s ambition.

“I really love this quote; it says, ‘Terror is the war of the poor, and war is the terror of the rich.’ So this really gives all of that some meaning; I think it encapsulates everything for me.”

Indeed, it looks like battle lines will be drawn and subsequently blurred when Black Adam releases to cinemas tomorrow on Oct. 21.