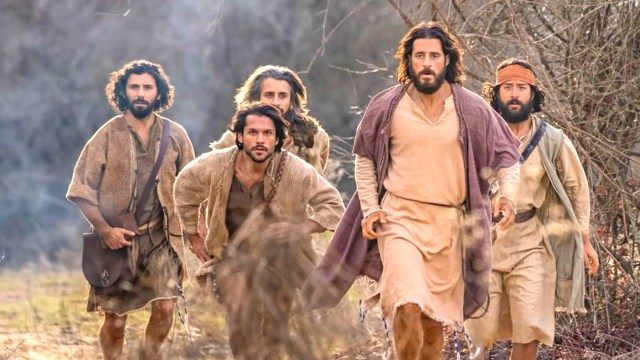 via Angel Studios
Review of:

Black Panther: Wakanda Forever exploded out of the blocks last weekend to steal almost all of the thunder away from Black Adam, with the Marvel Cinematic Universe sequel’s $180 million opening ensuring that Ryan Coogler’s blockbuster took just three days to earn more at the domestic box office than Dwayne Johnson’s DCU debut had managed in four weeks.

Things have taken an even more unexpected turn this weekend, with the Man in Black’s long-awaited maiden outing potentially finishing as low as fourth. If that wasn’t enough, the runner-up behind Black Panther 2 is going to be the third season of a faith-based TV series revolving around the life and times of Jesus Christ.

Sure, Black Adam may be in its fifth weekend, but it’s not exactly a stellar look for a $200 million comic book adaptation losing out to a financed almost entirely by crowdfunding that then auctions off distribution to various other platforms. Angel Studios are going to be laughing all the way to the bank, then, with The Chosen ascending much higher up the box office ranks than anyone could have ever predicted.

As for The Rock’s 15-year passion project? Well, the jury is out on whether or not it can definitively be named as a commercial disappointment, but it’s not quite cracked the $400 million barrier globally, which was viewed as the absolute bare minimum.