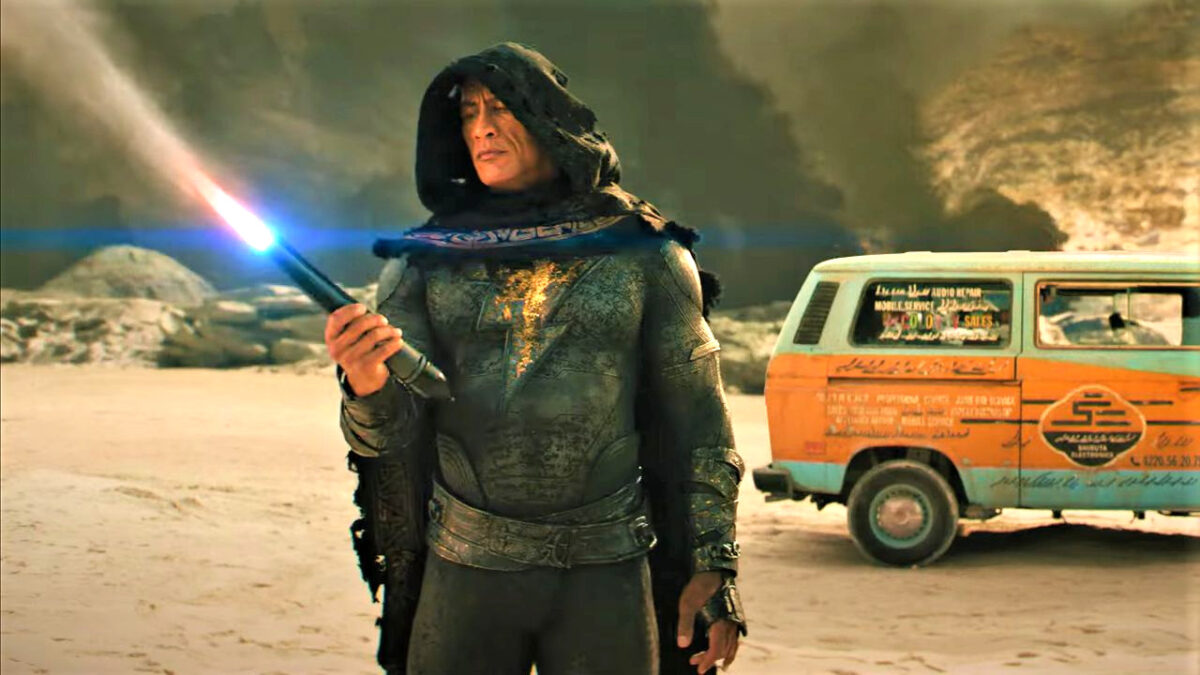 We’ve been hearing rumors dating back years touting Henry Cavill’s Superman for an appearance in Black Adam, and while nothing has been confirmed (and we’re not really expecting it to happen, to be honest), it’s surely something that’s at least been talked about behind the scenes.

After all, nobody in the canonical DCEU stands a chance of going toe-to-toe with Dwayne Johnson’s vengeful antihero other than Zachary Levi’s Shazam and Cavill’s Man of Steel. Not only that, but Johnson’s ex-wife and business partner Dany Garcia also happens to be The Witcher star’s manager, so it’s not as if the two beefy bros are strangers to each other, either.

Naturally, from almost the second the Black Adam trailer went live, fans were instantly fantasizing about watching the two face off in a battle that would require a swimming pool of baby oil just to squeeze the ridiculously jacked pair into their superhero suits.

Given that Black Adam is a part of DCEU continuity, we can expect plenty of Easter Eggs and hints to be dropped, and there’s a 99.9 percent chance we’ll be getting at least one credits scene once the story draws to a close. Johnson knows what the fans want, and he’s often gone out of his way to give it to them, so we’ll be very curious to see if he’s got any grand designs on bringing back Cavill’s Kryptonian, for the sole purpose of kicking his ass.

That’s if Zack Snyder’s Clark Kent even suits up again, which remains completely up in the air.