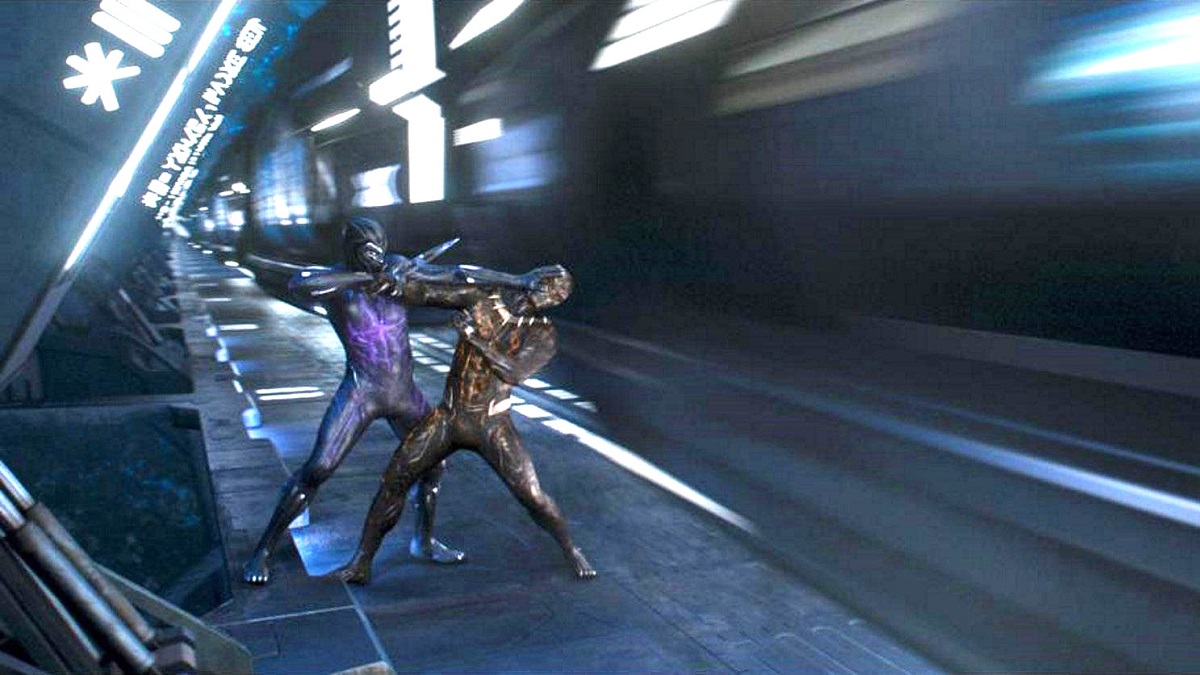 As a critical, commercial, and cultural phenomenon, the best-reviewed installment in Marvel Cinematic Universe history, and the first superhero blockbuster to be nominated for Best Picture at the Academy Awards, it’s evident that Black Panther is held up as a film with very few flaws. Well, apart from the climactic third act showdown.

It’s been a recurring problem within the MCU for years, with plenty of the franchise’s superhero blockbusters spending two-thirds of the running time delivering expert world-building, memorable characters, and spectacular action sequences, only for the visual effects to run out of steam when it’s time for the final battle.

The underground scrap between Chadwick Boseman’s T’Challa and Michael B. Jordan’s Killmonger is jarringly inconsistent from a visual standpoint, and that’s without even mentioning the incredibly ropey CGI rhinos that make their pixelated presence felt during the surface-level set piece that unfolds at the same time.

In an interview with Inverse, VFX artist Todd Sheridan Perry admitted that it’s never been the best practice to have the team work to a locked-in deadline, even though that’s the way it’s been for a long time.

“It falls squarely on the shoulders of studios that set a release date and then work backward from there. The time isn’t enough to live up to the ambition of the project. There were multiple things going on in act three. There’s Black Panther and Killmonger mano a mano. There’s a vehicle chase through the canyons.

There’s a big battle on the fields above. The Black Panther/Killmonger fight was always planned and had been through previz, but the tribal battle up above didn’t feel big enough. Marvel said they wanted it to be epic like there were hundreds of people fighting.”

Perry then went on to add that it was a simple case of time constraints, with multiple companies and departments all placed under the cosh in an effort to get Black Panther over the finish line and into theaters on schedule.

“We’d already done tons of development work on the vibranium mines and it all had to be packaged up and sent over to DNEG. Even if you’re in the same company and sending it to a different department, packaging all that up and having it work requires a lot of elbow grease.

DNEG didn’t have the time to polish their shots as much as other companies who’d been working on the film for seven or eight months, and they were caught at a disadvantage. I’m not saying DNEG is a bad company – they have a closet full of Oscars. They thankfully took it on and it actually got done. We wouldn’t have been able to accomplish it otherwise.”

Unsurprisingly, Best Visual Effects wasn’t one of the seven Oscars Black Panther found itself nominated for, but in the grand scheme of things, it was the only real negative aspect of a modern comic book classic.