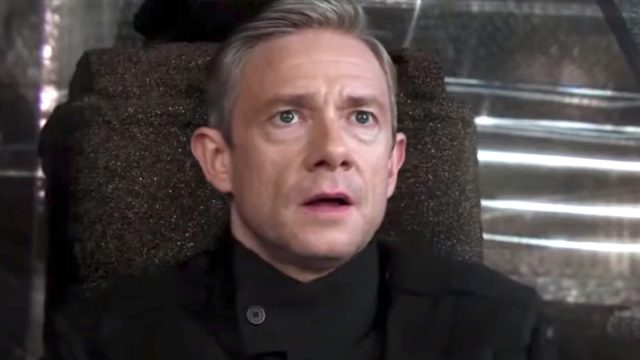 The latest film in the MCU’s Phase Four is officially in theaters, zooming in on the people of Wakanda and expanding the cinematic universe with the sequel to 2018’s Black Panther.

Wakanda Forever is already being celebrated as one of the best Phase Four releases, with several aspects—including Angela Bassett’s breathtaking performance—garnering high praise. Its less emotional and more classic MCU qualities are also prompting approval among longtime fans of the franchise, as the film both introduces new characters and delves deeper into old favorites.

Two favorites, in particular, are cropping up frequently in conversations, thanks to a fresh detail buried in Wakanda Forever‘s nearly three-hour runtime. The film saw the return of Martin Freeman’s Everett Ross, a character that debuted in 2016’s Captain America: Civil War before playing a prominent role in the first Black Panther release. The former CIA operative and Deputy Task Force Commander for the Joint Counter Terrorist Centre was a quick crowd favorite, and fans were delighted to see him return in Wakanda Forever.

Ross was a relatively expected addition to the Wakanda Forever lineup, but Julia Louis-Dreyfus’ Valentina Allegra de Fontaine was very much not. While the mysterious character has cropped up in a number of MCU releases—including Black Widow and Falcon and the Winter Soldier—fans were largely surprised when she sashayed onto screens in Wakanda Forever.

What surprised them even more, however, was news that Ross and Val not only know each other, but go way back. The film revealed that the pair actually used to be married, long before they were mainstays among the Marvel cast.

The factoid doesn’t get much of an explanation, apart from the portrayal of a pretty accurate post-divorce couple. It did take many fans by surprise, however, and helped to enhance the intriguing storyline that cropped up later in the film. We won’t get into too many details here, for the many viewers who’ve yet to see the film, but let’s just say Ross probably isn’t regretting the divorce.