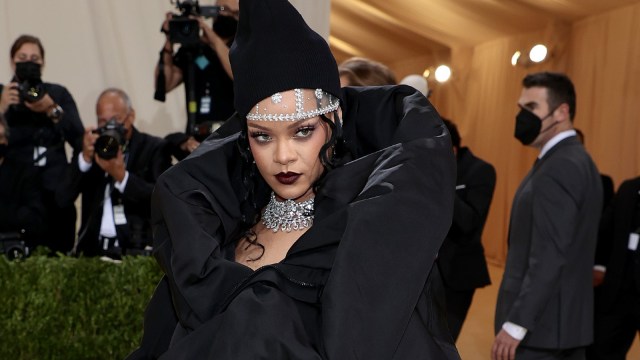 When MCU fans sit down to watch Black Panther: Wakanda Forever, they will be expecting plenty of references eluding to past films, future projects, comic books, etc and the film certainly doesn’t disappoint. But what they won’t see coming is a fun Easter egg, confirming that Rihanna, the Grammy-winning legend, also exists in the MCU.

For those who don’t know, Rihanna, whose last original solo song was back in 2016, made her solo music return with Wakanda Forever, for which she composed the beautifully haunting song, “Lift Me Up.” But this hasn’t been her only contribution to the film, as the MCU went ahead and cemented its love for the pop queen by inducting her cosmetics brand, Fenty Beauty, into the film.

Early in the film, Shuri and Okoye go to collect Riri Williams from her school after learning that she created the Vibranium-detecting machine. Seeing that she is just a teenager, Queen Ramonda instructs the pair to bring her back to Wakanda instead of handing her over to Namor as previously decided. Okoye volunteers for the task, but Shuri stresses that she needs to be discreet.

Okoye stresses that she can manage to be discreet only for Shuri to look at her in disdain, thus making the normally calm and collected former General of the Dora Milaje conscious of her makeup. As she demands Shuri to confirm whether she applied the right shade of foundation, the princess calms her down by stating, “it’s the right shade, Fenty 440. You look good.”

So, if by any chance anyone was wondering if the fictional expanses of the MCU had a Rihanna, then congratulations, because it looks like the singer is busy establishing herself as a creative mastermind on Earth-616 too.