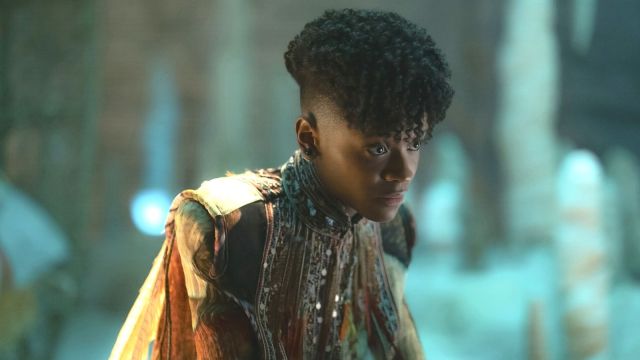 Wakanda Forever is unfortunately tasked to deal with a lot of issues definitely not planned in the original versions of the script, with Chadwick Boseman’s death resulting in a film which masterfully honors his legacy and plays well in advancing the future of the series.

After you’ve spent nearly three hours in cinemas, you’ll be left wondering a few things about the climactic ending of Wakanda Forever, and we’ve definitely got you covered.

Wakanda Forever’s ending sees several very important storylines set up, while managing to complete the film’s theme of grieving. Shuri, after realizing she wants to emulate the best qualities of her brother and not her cousin, realizes she cannot kill Namor. Echoing her brother letting Baron Zemo live in Captain America: Civil War, Namor is spared with a truce offered.

Namor returns to Talokan, knowing Shuri’s empathy could be a massive downfall for her and Wakanda, with Namor still very much consciously planning a war with the surface world. Namor’s hope is the loving instinct within Shuri, who sees the humanity in him will make her easily malleable in his future conflicts.

Everett Ross is then arrested in his home by Valentina Allegra de la Fontaine for concealing information from the CIA, with him the only person who truly knows the context surrounding the assassination of Queen Ramonda. Unfortunately, given the CIA is shown to be (like in real life) focused on destabilizing governments and attaining weapons of mass destruction, he’ll have to wait until Wakandan intervention to be cleared.

M’Baku is then seen during the Wakandan coronation taking the place of Shuri, who conceded the throne to him because of his more inherent leadership abilities and for his sacrifices during the conflict with Namor. M’Baku is often a villain in the comics, but the MCU has leaned far more heavily into a heroic angle and a close ally of the new Wakanda.

Riri Williams is sent home to Massachusetts to live her normal life once more, with her future looking likely to involve Wakanda again, with her the first since The Avengers to journey to the heart of Africa as a hero.

Shuri finally burns her ceremonial robes from the funeral and is greeted by spirituality she had rejected during grieving, allowing her to fully accept her brother’s passing. Her story follows the steps of grieving to a tee, and the acceptance coincides with the audience finally getting to say farewell to Boseman and T’Challa.

As for the post-credits sequence, well, that’s a whole thing in its own right.

Wakanda Forever has received glowing reviews from critics, with WGTC praising its mixture of heart and adventure.