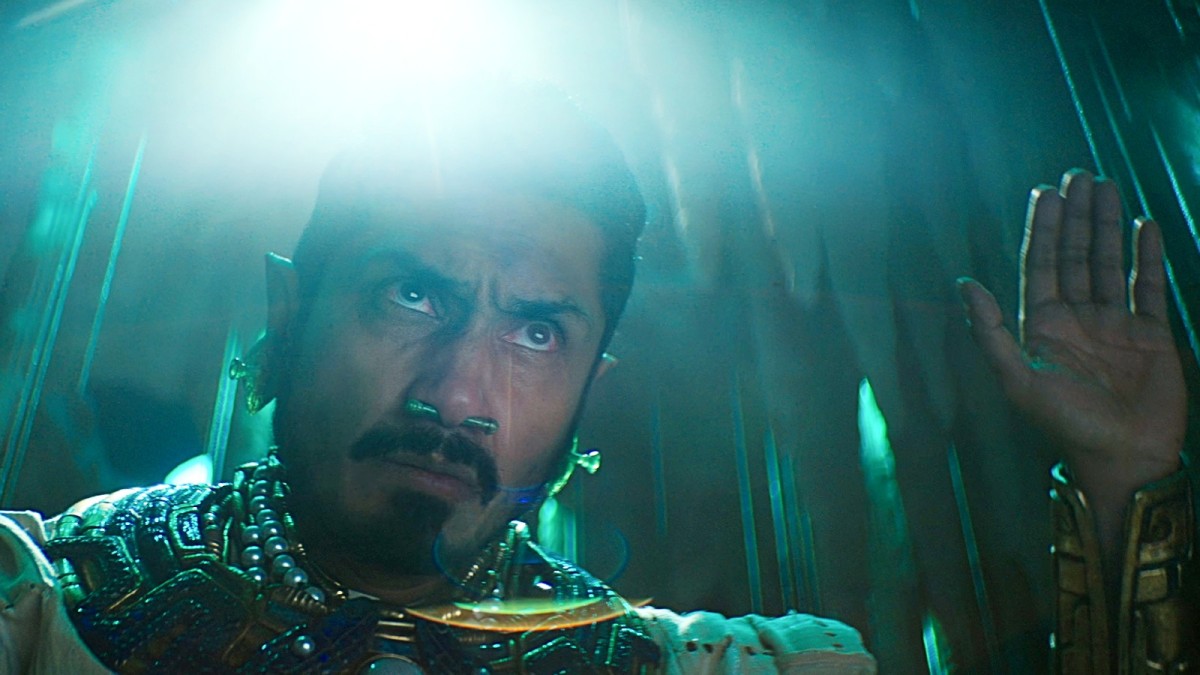 An intricate 200-page backstory mapped out the foundation for the underwater kingdom of Talokan in Black Panther: Wakanda Forever.

According to SlashFilm, the production team conceptualized the aquatic homeland of the Talokanil people with as much complexity and detail as Wakanda itself. At the same time, they also had the task of creating something viewers had never seen before.

“Talokan is a massive, massive city and it has multiple cities that are around it as well. This was my first Marvel project, but as we first got on, there was a production bible of just Talokan, and it was 200 pages full of their history, their tools they built, their architecture, the influence, how they traveled through Central America.

The production bible reflects writer/director Ryan Coogler’s famous attention to detail. The sprawling narratives of his films barely scratch the surface of his exacting pre-production process. He is famous for creating meticulous backstories to immerse and connect his collaborators to each story.

After visiting Ryan Coogler on set, the Russo brothers described the preparation for Black Panther (2019) as the “most impressive” they had ever seen for any film. Images depicting the culture and layout of Wakanda adorned the walls. The siblings also reminisced about the lyrical way Chadwick Boseman spoke about the mythology of Wakanda. They also noted the cast and crew’s commitment to telling the best story possible.

The precision of the backstory was the fruit of a collaborative effort between Coogler and Academy Award-winning production designer Hannah Beachler. Talokan is a fusion of the lost city of Atlantis infused with breathtaking elements of ancient Mayan culture.

White admits that the scope of the pre-production research and invention was mind-blowing.

It’s amazing how extensive that story was that they had created. It may go by in like four minutes or so, but they’ve thought through so much, even as we first joined in. Just like everything, the culture — very extensive.”

Half a century ago, Stan Lee imagined a future that approached different people and cultures with respect and curiosity. The spirit of his vision echoes beautifully in Coogler and Beachler’s rendition of the stunning underwater vistas of Talokan.

Perhaps somewhere down the line, the backstory will become the cornerstone of a standalone movie about the Talokanil.