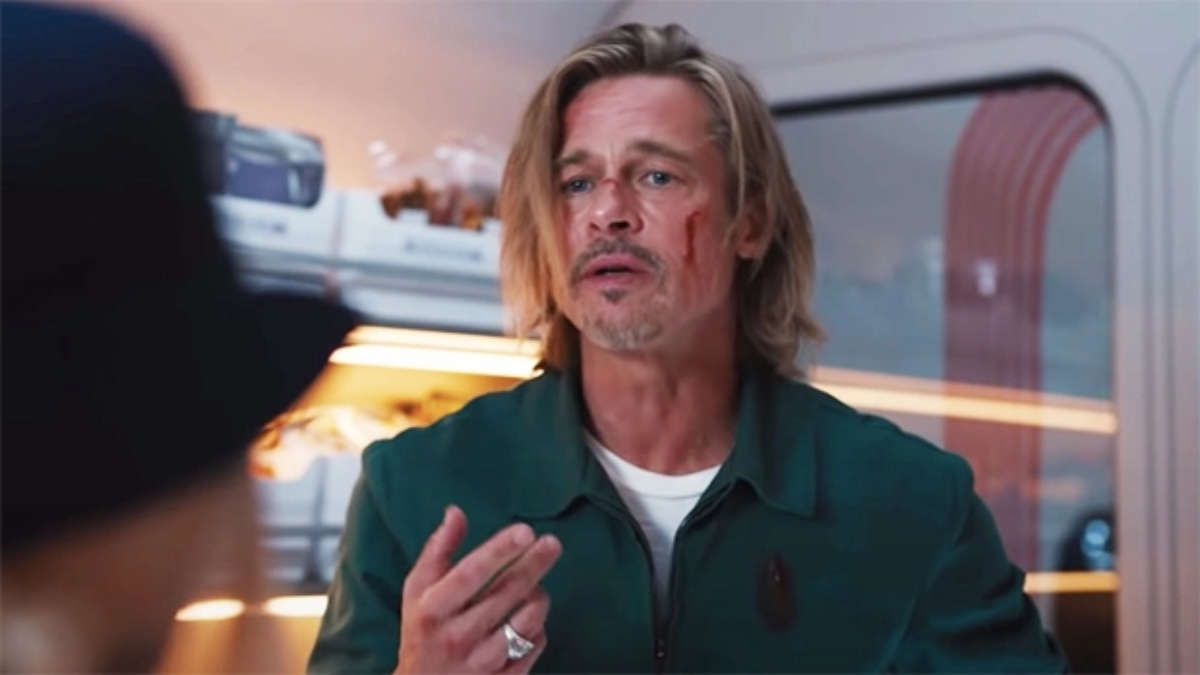 It’s all assassins and collision courses in the upcoming thrill ride, Bullet Train, and the uber-talented cast joined correspondent Chris Connelly for an interview shown on Good Morning America to chat about the film today.

The high-action comedic storyline focuses on Brad Pitt as Ladybug, an assassin who has chosen to check in for his next job with a new attitude — peace. The thought might seem like the opposite of what an assassin needs, but it’s also an idea that he adopted in his real life too.

Pitt’s co-star Benito Antonio Martínez Ocasio, aka Bad Bunny, was asked about rising fame and feeling the pressure of his name being everywhere, and he said it’s something he was working on making sense of as he tries not to shoulder the weight of it all.

Not only did he co-star with the legendary Pitt in Bullet Train, a move his mother was thrilled about, but he’s also embarking on a world tour, and his music is the soundtrack to almost everything this summer.

Pitt offered up advice, as he has felt the pressure of the industry for decades now.

“You just keep making — you don’t pay attention to any of it, because it doesn’t change the outcome and you enjoy your life much more.”

He continued by saying that the essential part of living with the weight of success is being surrounded by the right people.

“It’s one, it’s being surrounded by people you love and respect and then it’s just following what interests you.”

No matter what career path you’re on, the advice rings true. In every course and every way of life, it’s crucial to have the right people in your circle and to acknowledge that love and following your heart are always the most important. You’ve also got to have fun, and Bullet Train will be a lot of fun.

The synopsis for the exciting film reads as follows:

“In Bullet Train, Brad Pitt stars as Ladybug; an unlucky assassin determined to do his job peacefully after one too many gigs gone off the rails. Fate, however, may have other plans, as Ladybug’s latest mission puts him on a collision course with lethal adversaries from around the globe—all with connected yet conflicting objectives—on the world’s fastest train. The end of the line is just the beginning in this non-stop thrill ride through modern-day Japan from David Leitch, the director of Deadpool 2.”

Bullet Train hits theaters on Aug. 5 — with early screenings happening tonight in some cities. It’s time to buckle in and enjoy the ride.