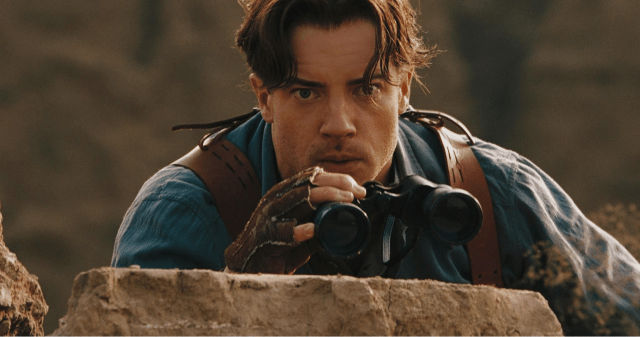 Image via Universal Pictures
Review of:

Brendan Fraser‘s triumphant return to the spotlight is one that brings a happy tear to just about any eye. After overcoming some heinous setbacks from the hands of the industry, the former action star is back up to bat and going hard with the home runs, most notably in the form of The Whale, the upcoming Darren Aronofsky drama that’s set to make a wave or two at the Oscars.

But on top of being a great actor that refused to adhere to Hollywood’s abuse, Fraser deserves respect simply for just being a great guy. Day after day, he’s shown to be an absolute teddy bear of a human being, and thanks to a recent interview with GQ Magazine, we now know that Fraser’s kindness is capable of reaching heights never thought possible.

While sitting down with GQ Magazine to discuss some of the most iconic characters he’s portrayed throughout his career, it wasn’t long before he got to talking about his leading role in The Mummy franchise, where he shared the screen with Dwayne Johnson‘s infamous film debut.

Indeed, The Mummy Returns is, unfortunately, perhaps best remembered for the CGI effects used to bring Dwayne Johnson’s Scorpion King to life; indeed, the abysmal rendering of the character has caused plenty of uncontrollable laughter, terrified screaming, and a sudden urge to vomit in many a viewer.

But Fraser stuck his neck out for the CGI mishap, suggesting that, at least nowadays, it’s all part of the charm.

Some of the charm of it now is… it could get remastered I guess, but it wouldn’t be as fun if you didn’t see this janky video game character of Dwayne. It’s somehow just perfect how it works.

He also revealed that the culprits behind the Scorpion King weren’t as at fault as we may think.

The guys who did the CGI of the Scorpion King, [I saw them] at the premiere and they were like: ‘Hey, how are you? We did the Scorpion King CGI. Yeah we needed a little more time. It was very last minute.’

In any case, if you can defend those CGI effects in The Mummy Returns, then the gold that comprises your heart undoubtedly bears an uncontested shimmer. For those of you looking to reward Fraser’s grand act of kindness, make sure to grab a ticket for The Whale, which releases in theaters on Dec. 9.