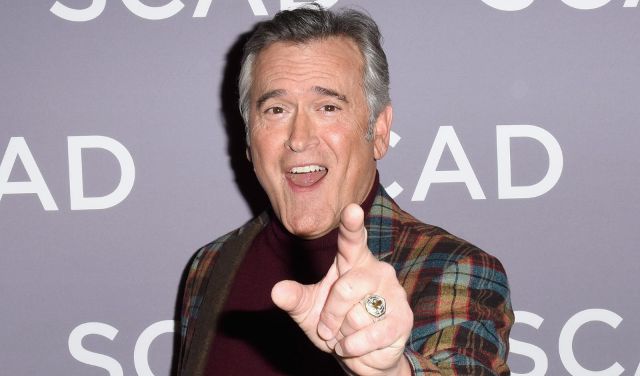 When Sam Raimi was confirmed to direct Doctor Strange in the Multiverse of Madness, fans knew Evil Dead star Bruce Campbell wouldn’t be far behind. The duo’s careers are inextricably intertwined, and Campbell has appeared in a cameo role in practically every non-Deadite Raimi movie.

These include all three of the filmmaker’s Spider-Man spectaculars and Multiverse of Madness, with Campbell now offering his take on what it’s like working on Marvel blockbusters with the same director two decades apart in an interview with Collider.

“A Marvel movie is always tricky if you’re in them, because you never know if you’re going to still be in them. Like if I was Benedict Cumberbatch, I’d be nervous that I was going to be cut out of Doctor Strange, because it’s a big storyline. It’s really a miniseries, all of these movies. They’re not individual movies.”

We’re pretty sure they wouldn’t cut Benedict Cumberbatch out of Doctor Strange, though this would make more sense if applied to the big team-up movies that regularly leave characters on the cutting-room floor. Campbell went on to underline just how popular Marvel movies are, contrasting with the much smaller Evil Dead fandom.

“I mean, the fans of these Marvel movies, it’s an army of people. If I tweet anything associated with it, like I should just wake up in the morning, go “Marvel,” with a picture of myself and people, they go crazy. Because there’s so many fans of Marvel. The Evil Dead movies have a good low, strong pulse of a fandom. But you know, they’re small and humble. Marvel is massive. It’s amazing. They’ve really sustained it to for 20 years now, since Spidey, the original Spider-Man. It’s a stunning run.”

Sam Raimi may yet return to the MCU, so if he does, expect Campbell to be along for the ride once again. Evil Dead is also set for an exciting year, with Evil Dead Rise hitting HBO Max in October. The horror-comedy will follow a reunion between sisters that’s bedeviled by the discovery of a mysterious book that summons demons, with L.A. descending into anarchy along the way.

Campbell’s Ash Williams has now hung up his chainsaw and gone into retirement, but this interview hints that we should listen for a familiar voice being played on a record…

Doctor Strange in the Multiverse of Madness is available to stream on Disney Plus, and Evil Dead Rise hits HBO Max on October 7, 2022.