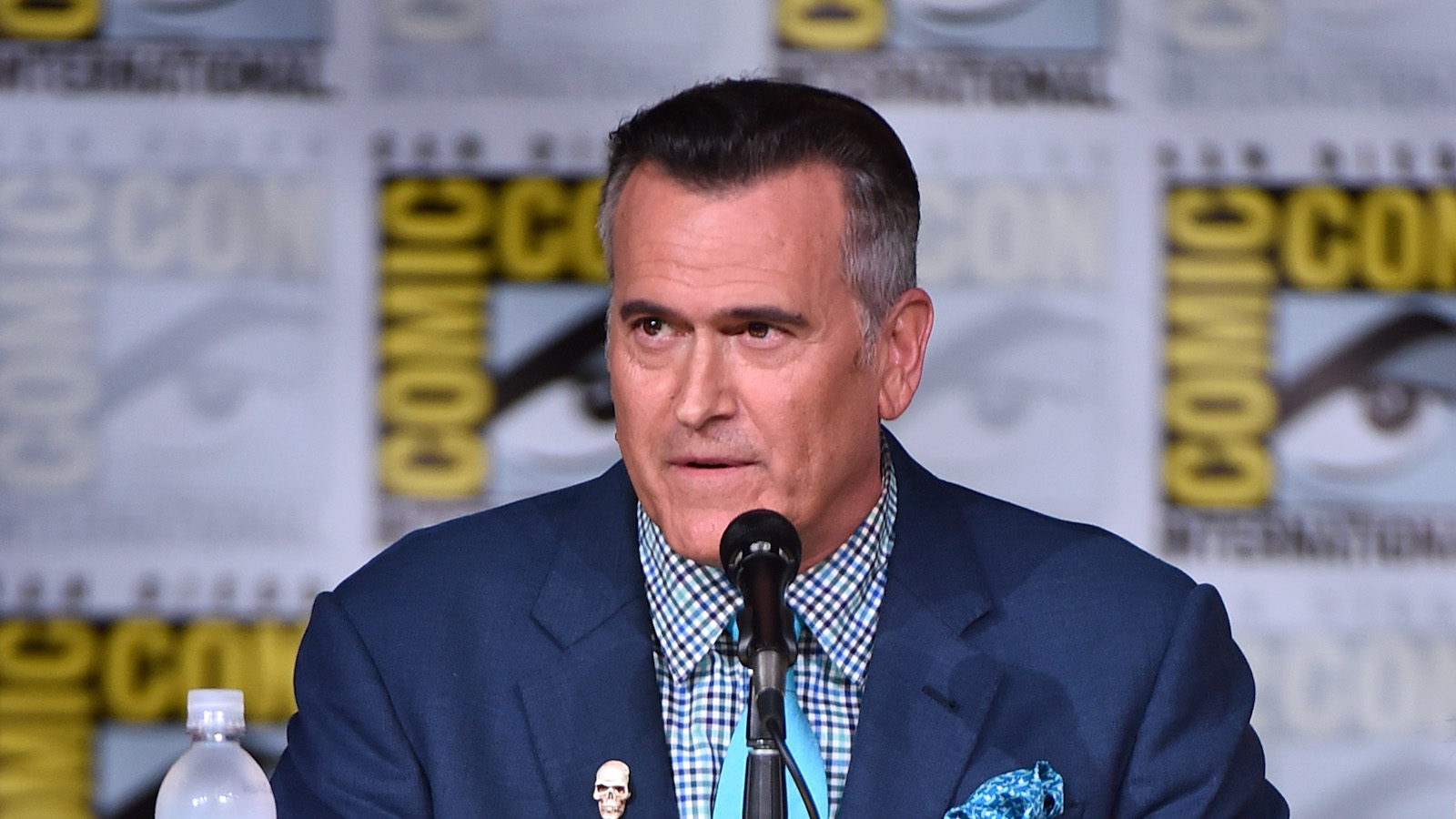 If there’s one thing we’re excited about, it’s director Sam Raimi returning behind the lens to once again direct a Marvel movie with the upcoming Doctor Strange in the Multiverse of Madness.

But could he be up to something peculiar, like perhaps using the opportunity as a rouse to secretly film his long-storied Spider-Man 4? That’s the premise of a tweet by one of Raimi’s longtime pals and creative collaborators, the self-described B movie actor, Bruce Campbell.

Campbell shared what is premised to be a screen shot of a direct message from someone using the name Sam Raimi.

“Boy, that Sam – always hitting people up for money,” Campbell captions the photo.

In the supposed DM, Raimi pleads with the recipient to send him “1500 in iTunes gift card codes so I can hire Tony Maguire,” after his cover is blown by “Kevin Fiegey” to secretly film Spider-Man 4 while pretending to make the Doctor Strange sequel.

“I will chip in, because I love Tony Maguire,” Campbell says, acknowledging the hilarious misspelling.

While it’s unlikely ‘Sam Raimi’ is the Sam Raimi, the tweet did come from the verified account of Campbell, whose acting career kicked off with a starring role in the independent horror film The Evil Dead back in 1981. The film would go on to not only launch Campbell’s career but the career of its director — Sam Raimi.

Since those early days, Campbell has appeared in a number of other Raimi-directed projects, including all three of his 2000s Spider-Man trilogy movies, in various cameo roles.

Campbell’s tradition of appearing in cameos in Raimi’s movies looks like it may continue as the actor shared last year what appeared to be a photo of a page of the script for Multiverse of Madness, featuring his role as “disheveled man” — unless, of course, that was also a gaff.

I guess we’ll have to find out whether Campbell makes his debut in the Marvel Cinematic Universe when Doctor Strange in the Multiverse of Madness hits theaters May 6, 2022.