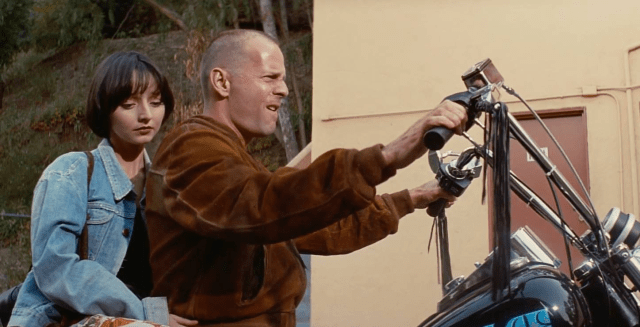 Image via Miramax Films
Review of:

Pulp Fiction is an evergreen mainstay of the classic cinema conversation. It features delightfully iconic dialogue, unorthodox storytelling, and a heaping helping of violence and depravity. Perhaps the only thing that prevented Pulp Fiction from cleaning up at the Academy Awards that year was Forrest Gump‘s existence.

Nevertheless, it didn’t stop the film from going down in history and like all pieces of history, we can’t help but wonder what it must have been like when it was all coming together.

For the now-retired Bruce Willis, who portrayed runaway boxer Butch Coolidge in the film, the process was all about the rule of thirds, as in the third time is the charm. According to writer/director Quentin Tarantino, who recently appeared on the YMH Studios podcast 2 Bears, 1 Cave, Willis took a shot at playing both Vincent and Jules before ultimately landing on Butch. The aforementioned roles would, of course, eventually go to John Travolta and Samuel L. Jackson, respectively.

The famed director would go on to recall the conversation that ultimately led to Willis bringing the character of Butch to life.

After convincing Willis to give the script another read, Tarantino later received a call from him, and the answer he had for Tarantino was one of such raw, palpable, poetic fortitude, that any writer would feel jealous over not having said it before.

And that, folks, is the story of how we wound up with Bruce Willis as Butch Coolidge; perhaps Tarantino lives a movie even better than he can write one.