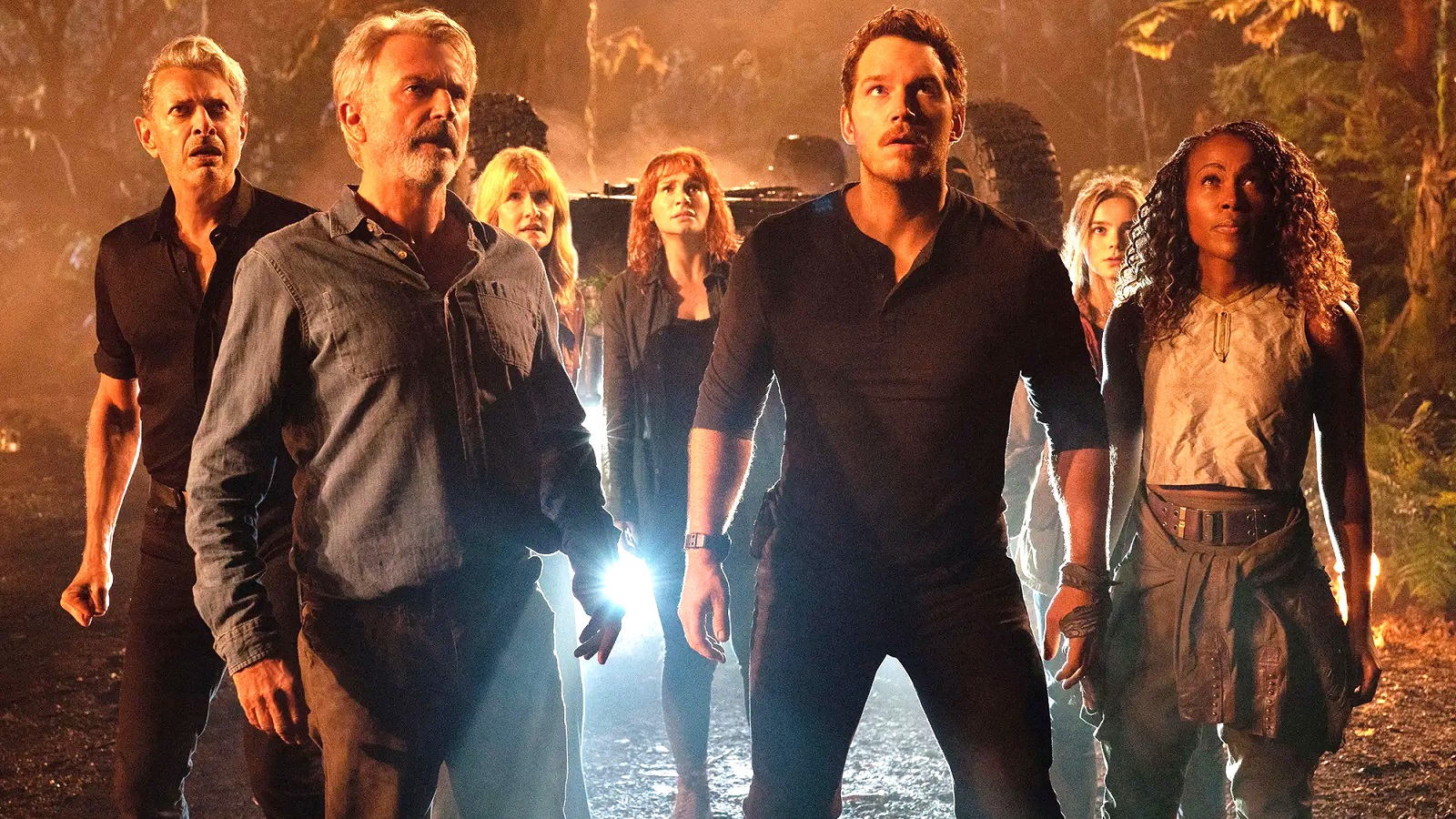 Jurassic World Dominion, the sixth and final film in the Jurassic franchise, is officially in theaters and it’s making a roar at the box office.

The movie, which came out June 10, is set four years after the events of Fallen Kingdom in a world where humans and dinosaurs cohabitate the earth together. Dominion sees the return of Chris Pratt as Owen Grady as well as Bryce Dallas Howard as Claire Dearing. Original cast members Laura Dern and Sam Neill also reprise their roles as Dr. Ellie Sattler and Dr. Alan Grant respectively, as well as fan-favorite Jeff Goldblum as the one and only chaos theorist, Dr. Ian Malcolm — the golden trio add much-needed nostalgia to the franchise’s final installment.

The film is once again directed by Colin Trevorrow and executive produced by Steven Spielberg. This time around, thanks to real-life paleontologist Stephen L. Brusatte, author of The Rise and Fall of the Dinosaurs, the dinosaurs in Dominion have feathers. Yes, feathers, a feature that has been left out of the (pre)historically inaccurate films for far too long.

If you’re eager to see the film but not so keen on making a trip to the movie theater (or simply want to see it again), here’s when you can do that from the comfort of your home.

When does ‘Jurassic World Dominion’ release on streaming?

Jurassic World Dominion is currently and exclusively in theaters only, so you’ll have to wait a bit before you can stream it at home.

The COVID-19 pandemic did much in the way of changing the movie-viewing experience, causing studios to simultaneously release movies in theaters and on streaming platforms, or in some cases just streaming, but now that the world is slowly returning to its pre-pandemic norms, movies are returning to their exclusive theatrical releases.

Whereas the theatrical window used to be 90 days, studios are now releasing movies to streaming platforms after only 45 days. That means Jurassic World Dominion will be available to stream at home sometime around the last week of July.