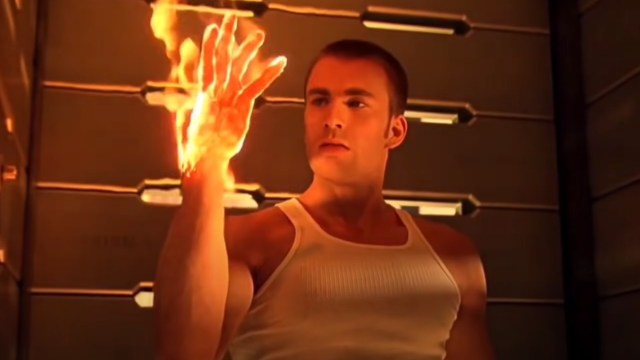 With Avengers: Endgame slowly disappearing from the limelight, it looks like Chris Evans has officially ended his long-running tenure as Captain America. While it was a bittersweet moment for sure, fans are beginning to accept the changes which have recently hit the Marvel Cinematic Universe, and if one thing’s certain, it’s that the future is going to look very different moving forward.

In the midst of his departure from the MCU though, some folks have started to look at his entire filmography and discovered something quite intriguing. Throughout the last two decades, Chris has played over a half a dozen comic book roles spanning close to 20 movies. While a good chunk of that can be attributed to his stint as Captain America, if you dig deeper, you’ll find he has quite an extensive history of characters which got their start in comics.

In fact, we’ve gone ahead and compiled a rundown for your reading pleasure, and you can check it out below:

1. The Human Torch/Jonny Storm, from the Fantastic Four comics.

3. Nick Gant, from the Push eight-part prequel comic book series released prior to the film.

5. Lucas Lee, from the second volume of the Scott Pilgrim vs. The World comics/graphic novels.

If you’re confused about his portrayal as the trickster god, you might remember how Loki’s transformed into other MCU characters, mostly in an effort to annoy his brother, Thor. During these instances, Chris Evans appeared in an uncredited cameo.

Either way, it’s quite astonishing to see how many comic book roles he’s taken on in the past several years, and we’re curious to see if he’ll continue to tackle any others now that he’s left the part of Captain America behind.