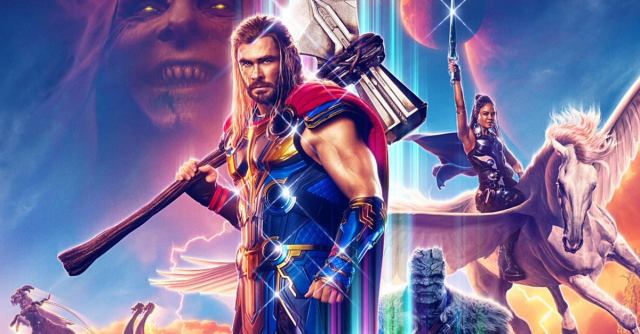 Thor: Love and Thunder clocks in at just two minutes short of two hours, which makes it one of the shortest MCU movies to date. But according to director Taika Waititi, there was a 4-hour cut of the movie at one point, and Chris Hemsworth fondly remembers it as utterly insane, even by Waititi’s standards.

The two recently sat down to have a chat with Collider and talk about all things Love and Thunder. At one point, the director revealed that his initial cut was 4-hour long, but a lot of the scenes, and consequently jokes, simply stopped being funny in hindsight.

“It was about four hours. And a lot of time on set. We were talking about this before, like when, in the moment, you’re like, ‘This is the greatest thing that anyone’s ever filmed in the history of filming things.’ And you get into the edit. You’re like, ‘I still kind of like it.’ And then, after about six months of it being in the movie, you realize it was fun on the day but it doesn’t have any business being in the movie.”

Hemsworth then jokes it was a “batsh–t crazy, wild, four-hour cut I’ve ever seen,” adding that we’re eventually going to need a director’s cut. “It was about four hours. It was like a Monty Python sketch.”

According to Waititi, that version “just gives up on the story” at several points to tell jokes for 10-15 minute stretches, so it’s safe to say that audiences aren’t going to get to see it even if the movie ends up getting a director’s cut, which is highly unconventional for the MCU.

Thor: Love and Thunder swings to theaters on July 8.