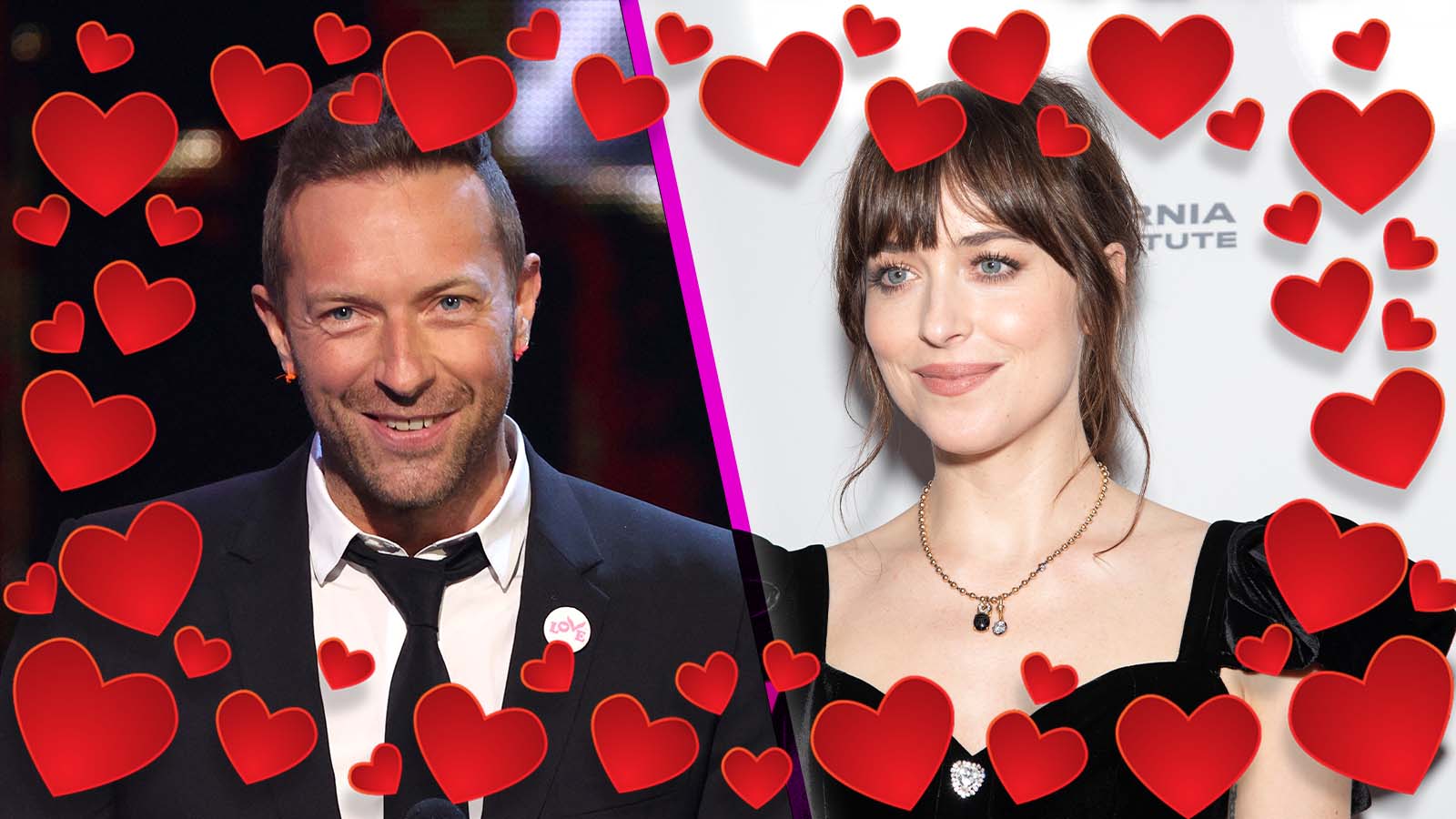 “Welcome, welcome,” said host Charlie Sextro at the beginning of Dakota Johnson‘s online Sundance Film Festival Q&A session for her new film Cha Cha Real Smooth on Sunday. The actress seemed to need to take a moment as she quelled a severe case of the giggles brought on by her boyfriend, Chris Martin’s unavoidable Zoombomb. You might say that her cheeks turned 50 shades of red.

Johnson apparently was experiencing some technical difficulties establishing the call and required a hand from the Coldplay singer, who was part of the cure, not the disease this time. However, Martin wasn’t able to start the call without making a brief and unannounced appearance before the virtual interview’s online audience. Martin quickly left the room, gamely flashing a peace sign to the audience and saying peace before leaving, Johnson, his partner since 2017, to her press duties.

The actor was more than a little amused, succumbing to a fit of laughter worthy of a Jimmy Fallon SNL sketch gone awry that lasted until Martin had fully left the room.

Brief though it was, the exchange was a rare glimpse into the incredibly private couple’s relationship. Johnson and Martin, who began dating two years after the singer’s highly publicized “conscious uncoupling” from former wife Gwyneth Paltrow, have kept their love life extremely close to the chest. So much so that many are not even aware the star-powered couple is even together.

In a 2018 interview with Tatler, near the beginning of the relationship, Johnson quickly shut down an inquiry into her love life, saying simply, “I’m not going to talk about it, but I am very happy.” However, the actor opened up a bit further in 2021 during an interview with Elle UK, saying, “We go out sometimes but we both work so much that it’s nice to be at home and be cozy and private,” joking that “most of the partying takes place inside my house.”

As for Martin, he’s remained fairly mum about the relationship with the exception of a rather sizable example of public display of affection. In October, Martin, playing alongside his Coldplay Bandmates during a London performance, dedicated the band’s collaboration song with BTS, “My Universe,” to Johnson. An Instagram post by a fan account _dartin captured the pop star announcing, “This is about my universe, and she’s here,” as he indicated Johnson in the audience.

The couple seems to have an unlikely but enthusiastic ally in Martin’s former spouse, Paltrow. In a 2020 interview with Harper’s Bazaar, the Iron Man actress effusively endorsed her former husband’s taste in partners. “I love her,” Paltrow said. “I can see how it would seem weird because it’s sort of unconventional. But I think, in this case, just having passed through it iteratively, I just adore her.”

Johnson’s new film Cha Cha Real Smooth premiered at the Sundance Film Festival Sunday night. The wide theatrical release date is still unknown pending distributorship. According to Billboard, Martin recently announced that Coldplay will only record three more albums, after which, “Maybe we’ll do some collaborative things but the Coldplay catalog as it were finishes then.”