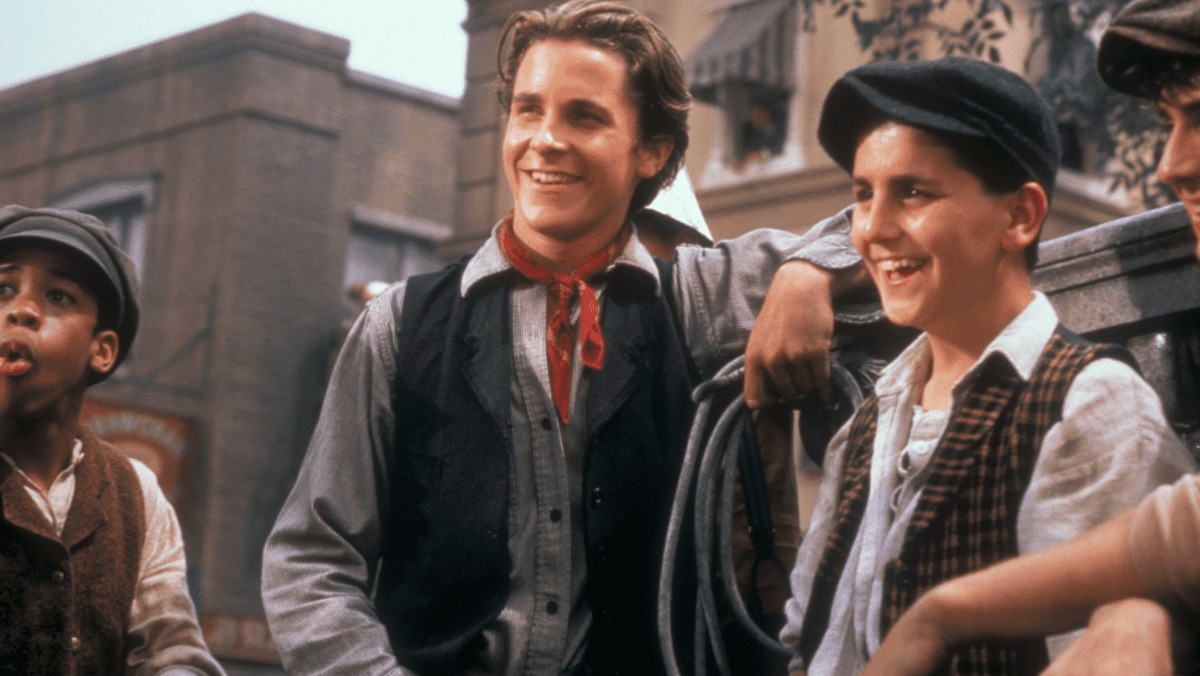 Christian Bale will soon be tearing it up as Gorr the God Butcher in the hugely anticipated (and disturbingly trailer-free) Thor: Love and Thunder. But today fans are celebrating him on Twitter as one of his most beloved movies has just passed an anniversary: cult classic musical Newsies.

A young Bale stars as Jack “Cowboy” Kelly alongside Bill Pullman and Robert Duvall, with the story a loose retelling of the New York City Newsboys’ strike of 1899. Newsies received mixed reviews and was a box office bomb, though found an audience on home video and now has firm “cult classic” status.

One user notes that it was initially written as a drama and posts a video of Bale’s performance:

Several others pay tribute to Bale for being an instant star:

Others are just happy to express their love for the movie:

Bale has looked back on his experience in the movie with some fondness. Back in 1997, he explained that despite starring in the movie, he never wanted to star in a musical and doesn’t see himself doing it again:

When I first read the script, I thought it wasn’t a musical. Later, after I realized it was, I asked [director Kenny Ortega] if maybe I could duck over here into the pub while the numbers were going on, and then come out when it was over. I hoped I could be the lead in a musical without doing any singing and dancing. Eventually I said, ‘F**k it, let’s just do it.’ But I had a lot of doubts about it. I never liked musicals, and even then, I knew I’d never do anything like that again.

Newsies was adapted into a Tony Award-winning Broadway musical in 2012, with Bale commenting in a 2012 interview that he remembers it with fondness and acknowledged the passion of its fans:

“You say something bad about Newsies and you have an awful lot of people to answer to. I look back on it rather fondly now. It was either go to college or go to California and do Newsies. I decided to do the film, which was an education.”

If you want to revisit those toe-tapping tunes or simply marvel at the hunky baby-faced Christian Bale, Newsies is available to stream on Disney Plus. Meanwhile, Bale will be squaring off against Chris Hemsworth and Natalie Portman when he makes his MCU debut in Thor: Love and Thunder on July 8.