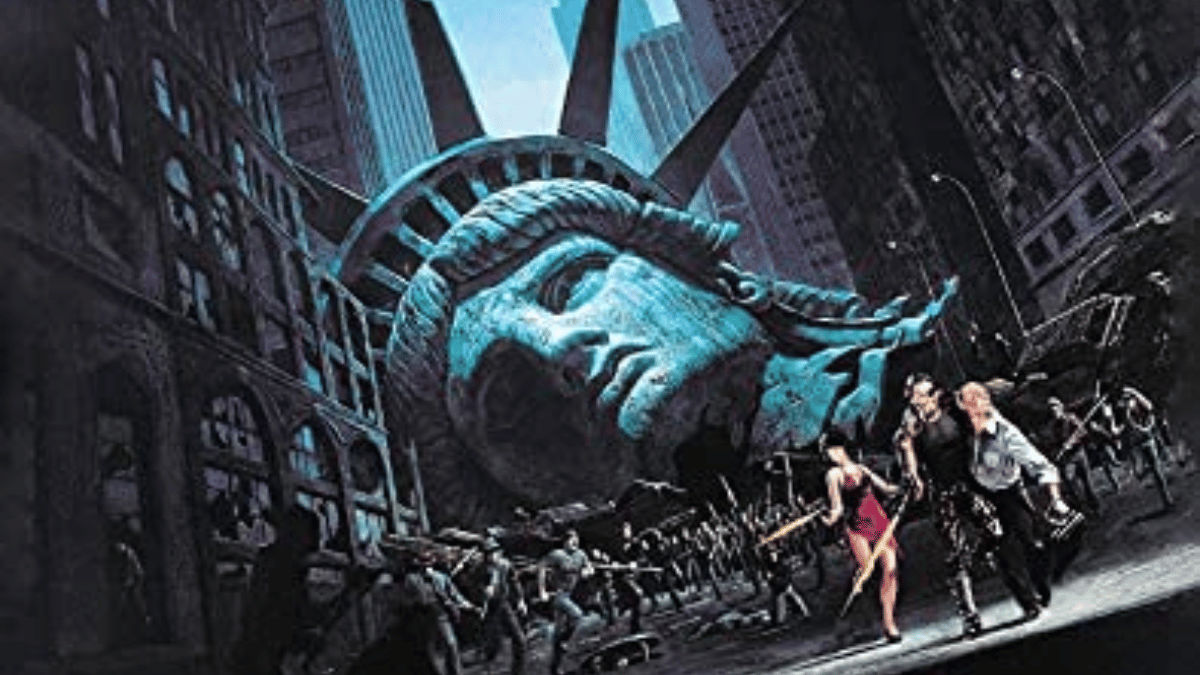 While Cloverfield is a found-footage perspective on a giant monster rampaging through Manhattan, and the premise for Escape from New York is that the island has been converted into a maximum security prison, Matt Reeves has now jokingly declared the former film a prequel to the latter.

The statement comes as The Batman and Cloverfield director mused on the imagery of the Statue of Liberty’s head in the streets of New York in both his movie and the poster for Escape From New York in an interview with ComicBook.

Reeves explained that Cloverfield producer J.J Abrams drew inspiration for the iconic scene in which the statue’s head gets flung through the streets of New York from his ownership of a poster for the classic 1981 film starring Kurt Russell as Snake Plissken. However, Reeves explained that the link between the two films starts and stops there, but the idea of Cloverfield being a prequel quickly grew on him and he changed his answer:

“It absolutely was inspired by Escape from New York, but it’s not a secret prequel or related to that. I like that meaning, though. You can say that. You know what? I’m gonna change my answer, now my answer is yes.”

In the interview, Reeves also chatted about how the scene in question was a pivotal turning point for the film, which subverted expectations from a presumed terrorist attack to something much more supernatural.

We can get on board with the idea that Cloverfield is an Escape from New York prequel. Perhaps the monster was dealt with and the city recovered after the events of Reeves’ film. Then the government being the government, deemed that rebuilding the city’s infrastructure to accommodate civilians again was too much of an expense, so it was instead repurposed as a giant prison. Yep, that’s our headcanon now.

Cloverfield is getting a 4K UHD Blu-ray re-release to mark its 15th anniversary, it lands on Jan. 17th.