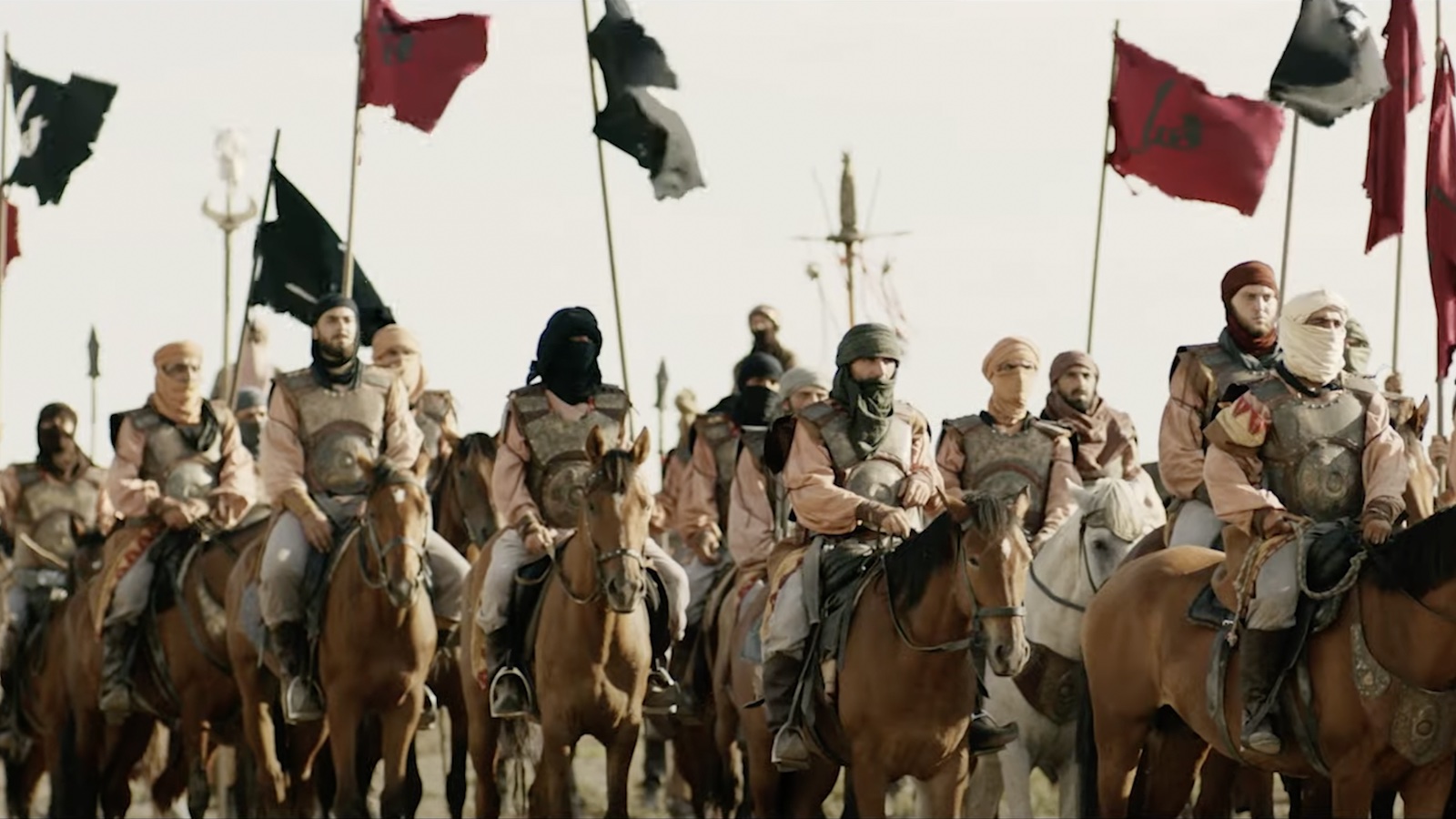 International film exhibitor Cineworld has canceled UK theatrical showings of The Lady of Heaven, a movie about Fatimah, the daughter of the Islamic Prophet Muhammed, following protests at some theaters.

According to an article in Deadline, the film had been showing at nine theaters, at two of which, according to Deadline, “protests became aggressive with verbal attacks against (the) manager.”

The Lady of Heaven was directed by Eli King in his directorial debut and written by Sheikh Yasser al-Habib, a controversial cleric of Twelver Shi’ism, the largest Shiite sect in the world. It begins with an Iraqi war orphan taking refuge with an old lady, who tells him the story of Fatima, the daughter of the Prophet Muhammed, and Khadijah, his first wife.

According to the Sunni Muslim tradition, Fatima is said to have been the couple’s youngest daughter, while Shiite tradition holds that she is their only living daughter. Fatimah is considered a beloved figure of the Muslim faith, and many families will name a daughter after her.

In the town of Bolton, in the northwest of England, a theater pulled the film after more than 100 people turned out for a protest organized by the Bolton Council of Mosques, according to an article in The Bolton News. In an email to the theater, Council chairman Asif Patel wrote,

“You may well be aware of the recently released film Lady of Heaven which has caused much distress to Muslims across the globe. It is underpinned with a sectarian ideology and is blasphemous in nature to the Muslim community. It grossly disrespects the Prophet Muhammad (peace be upon him) in many ways and is deeply disturbing to every Muslim. It also misrepresents orthodox historical narratives and disrespects the most esteemed individuals of Islamic history. The storyline begs the question to what extent the producers had considered the huge impact of this film upon the Muslim community and notions of sacredness dearly held by them.”

According to the producers, they took care to portray all divine figures in the film in accordance with Islamic traditions of portraying Holy Persons:

“In accordance with Islamic tradition, during the making of this film no individual represented a Holy Personality. The performances of the Holy Personalities were achieved through a unique synthesis of actors, in-camera effects, lighting and visual effects.”

In a statement, Cineworld said,

“Due to recent incidents related to screenings of The Lady Of Heaven, we have made the decision to cancel upcoming screenings of the film nationwide to ensure the safety of our staff and customers.”

The Hollywood Reporter also noted that the decision to pull the film may have been related to it “not generating significant box office.”