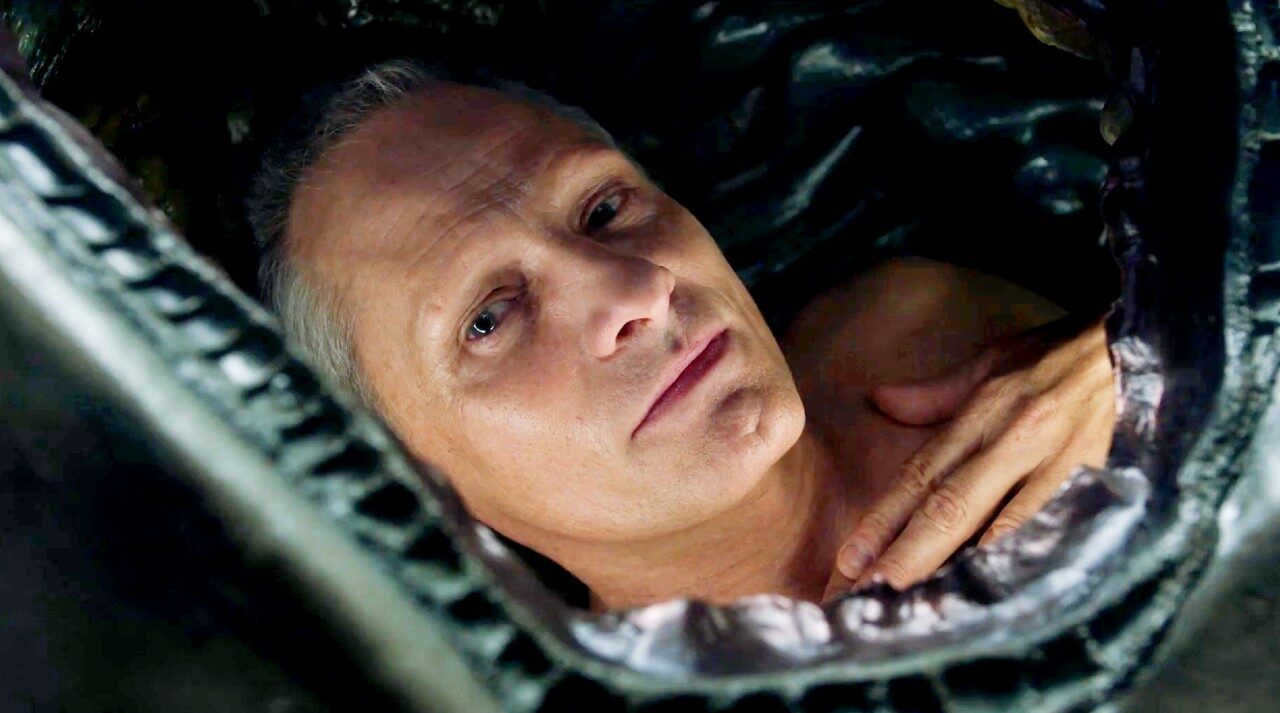 If there was any doubt before, new character posters for Crimes of the Future should confirm for fans of The Fly director David Cronenberg that the auteur has returned to form, in all his body horror and retro-futurism weirdness.

The character posters feature the main stars of the film, including frequent Cronenberg collaborator and Lord of the Rings star Viggo Mortensen, Spencer actor Kristen Stewart, Léa Seydoux, Welket Bungué, and another character named Klinek, AKA Earman, who is covered in ears.

Of all the character posters, Klinek was the only one whose actor was not revealed in a series of Twitter posts by the independent entertainment company producing the film, Neon.

All the other character posters had accompanying quotes from each one.

“They don’t like what’s happening with the body… which is why I keep cutting it up,” states Mortensen’s Saul Tense in the movie.

“Let us create a map that will guide us into the heart of darkness,” Seydoux’s Caprice says.

“They’re evolving away from the human path. It can’t be allowed to continue,” declares Bungué’s Chaulk

As you probably could have guessed from some of those quotes, the film is an exploration of a highly-sexualized vision of the future involving organ manipulation. In the initial trailer for the film, released last month,  we saw a world where humankind is exploring ways to adjust their biology and physiology with a whim, in what is known as “Accelerated Evolution Syndrome.”

Mortensen’s Saul is a celebrity performance artist who, along with partner Caprice, publicly showcases the metamorphosis of his organs in avant-garde performances, according to a synopsis on IMDB. In a series of clips from the film released earlier this week, one of them included Saul engaging in just such a piece of performance art, with him laying down in an alien-looking pod as onlookers eagerly photograph the process with retro-looking film cameras.

Crimes of the Future comes to theaters June 3.