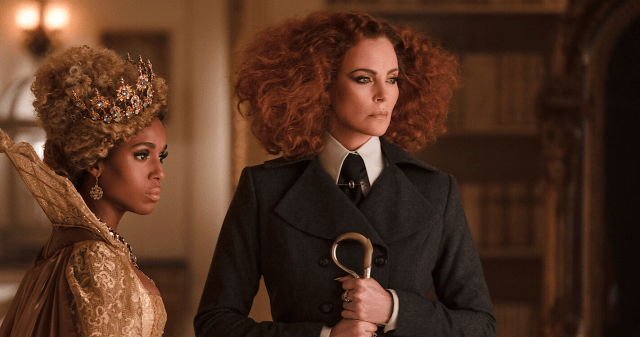 There was perhaps no pipeline more prominent in the early 2010s entertainment industry than the young adult fantasy novel-to-feature film or film franchise pipeline; with the likes of Twilight and The Hunger Games etched firmly into our brains for better or worse, such adaptations may not be the dominant force they once were, but continue to be a mainstay in our collective subconscious.

Fast forward to the early 2020s, and Netflix has decided to make a splash of its own with The School for Good and Evil, a fantasy film based on Soman Chainani’s 2013 novel of the same name. The film follows two best friends, Sophie, a beloved and beautiful girl who seems destined for princesshood, and Agatha, who frequently finds herself getting targeted by villagers who think she’s a witch, as they’re kidnapped and dropped off at the titular School for Good and Evil, which trains the next generation of fairytale heroes and villains. When the girls find themselves on opposing sides of the student body, their friendship is quickly put on the line.

Unfortunately, the critical praise received by its source material doesn’t seem to be replicated for the film adaptation; despite seeming to hit the mark with audiences, sitting at a toasty 84 percent approval rating on Rotten Tomatoes, critics have taken much less of a liking to it, with a more precarious 50 percent approval rating.

Variety‘s Peter Debruge wrote the film off as a haphazard attempt to rip off the Harry Potter films, resulting in an end product that’s rather hollow.

“Unlike Hogwarts, where fresh surprises lay waiting around every corner, this school seems to exist in concept only — and not a particularly good one at that.”

David Rooney of The Hollywood Reporter was equally critical, noting how the lavish set design and costumes fail to hide what’s ultimately a creative wasteland.

“Still, this is a uniquely tiresome slog — madly over-plotted, thuddingly derivative, insanely overlong and slathered in a big symphonic score that strives to infuse momentum into a saga with minimal emotional stakes.”

And Digital Spy‘s Ian Sandwell lamented the film’s own self-squandering for the sake of world-building that may not even happen now.

“The School for Good and Evil is an exposition-heavy two hours-plus of set-up, intended to lay the foundations for the inevitable sequels, that forgets to be a compelling movie in its own right.”

Looking to come to your own conclusions? The School for Good and Evil is currently available to stream on Netflix.