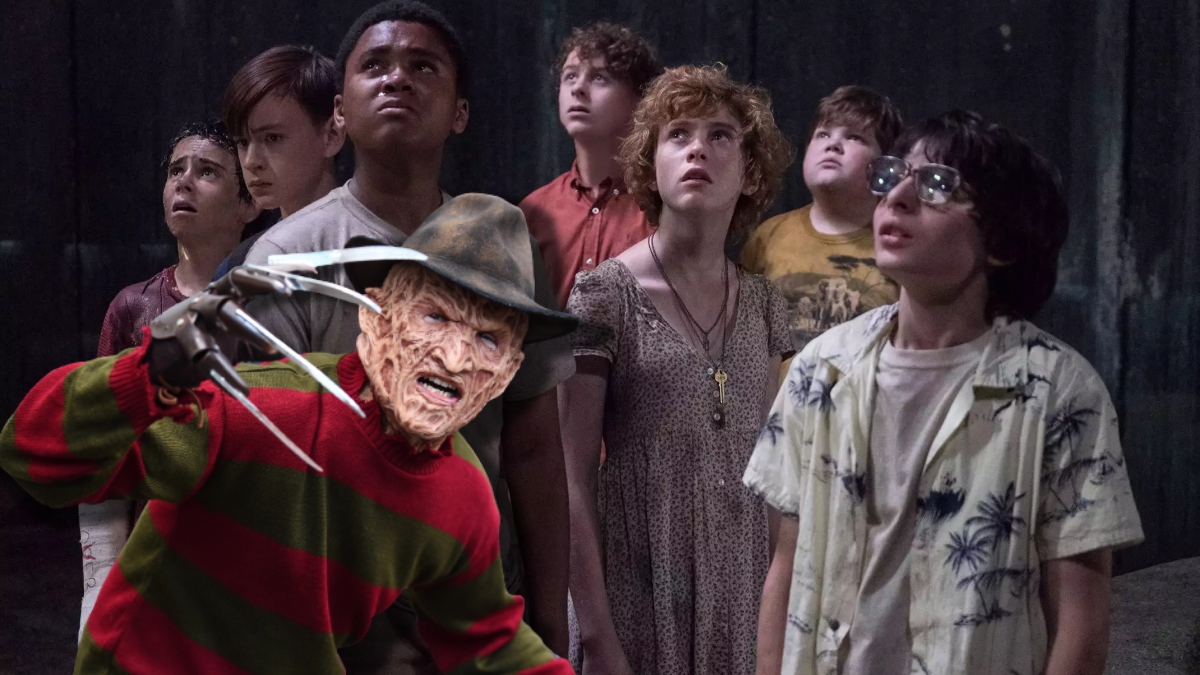 The horror genre should be no stranger to crossovers. Although Freddy vs Jason wasn’t the most groundbreaking feature ever made, it has cemented itself as a cult classic in recent years. That being said, there’s no reason as to why horror directors can’t branch out and introduce characters from other universes. But that prospect begs the question, “how would different characters fare against each other?” Well, horror fanatics were eager to discuss such a fascinating match-up in It‘s Losers Club and A Nightmare on Elm Street‘s Freddy Krueger.

As we’re well aware, Freddy Krueger invades the dreams of children, typically teenagers, in order to hunt them down and kill them in the dreamscape — resulting in a violent death in the real world. All of this targeted rage stems from Krueger’s demise at the hands of the townsfolk, all parents of children whom Krueger was found to have molested. And we all know the Losers Club — Bill, Bev, Eddie, Richie, Ben, Stan, and Mike — as the septuple who defeated Pennywise the Dancing Clown. In Stephen King’s novel, the Losers Club are thought to possess psychic abilities similar to that of Danny Torrance in The Shining. In the end, they’re able to defeat Pennywise in It: Chapter Two by simply refusing to succumb to fear, the emotion which ‘It’ feeds upon.

But ultimately, who would come out on top?

Redditors had waited for this moment their whole lives. Unfortunately for the Losers, it seemed that Freddy Krueger had much better odds. Across (technically) six main entries in the A Nightmare on Elm Street franchise, ending with Freddy’s Dead: The Final Nightmare and disregarding remakes and spin-offs, the protagonists only get the upper hand on Freddy once, resulting in a clear 1-5 washout. In fact, by the time Freddy was even defeated, he had already wiped out the entire child population of Springwood, Ohio.

After a brief pitstop, we were back to the notion that Krueger would squash the Losers easily. Likewise, Nancy Thompson wouldn’t stand a single chance against Pennywise, who’s much harder to ignore than Freddy Krueger. While the latter exists only in dreams, the former is a manifestation of a common emotion/reaction, so therefore much more powerful.

It doesn’t look good for any of the youngsters, it seems. Anyway, we’d love to see the Losers meet Freddy Krueger and Nancy meet Pennywise, even if it doesn’t end well.