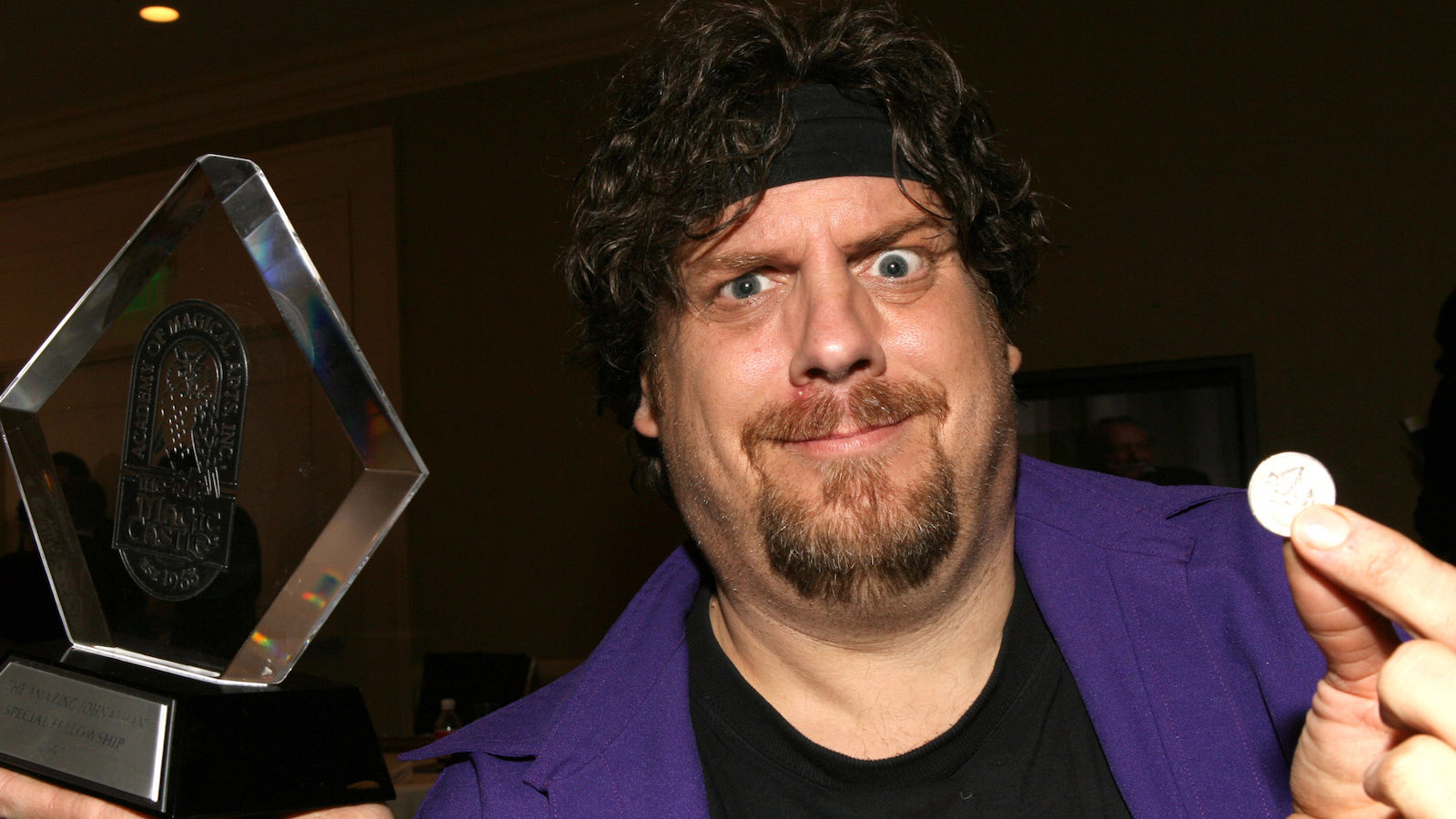 John Edward Szeles, the cult-favorite standup, and magician known by his stage name, “The Amazing Johnathan” has died at age 63 from congestive heart failure. The performer had struggled with heart issues for fifteen years, since being diagnosed with cardiomyopathy in 2007. A documentary, The Amazing Johnathan Documentary, about the entertainer’s health struggles and his return to the stage was released by Hulu in 2019.

Szeles was known in comedy circles and to a dedicated group of fans as a truly gifted and innovative performer who completely changed the rules for magic-based comedy. His brash personality, edgy subject matter, and complete willingness to abandon the so-called magician’s code and betray exactly how a trick was performed to his audience earned Szeles the title of “The Freddy Krueger of Comedy.”

Szeles’s wife and manager, Anastasia Synn, confirmed that the comedian passed shortly before midnight, late Tuesday evening. According to TMZ, Szeles had been in hospice for some time but had had multiple near calls over the years since his initial diagnosis. “We have thought we lost him so many times that we never thought it would actually happen,” Synn’s assistant said.

According to Las Vegas Review-Journal, Synn said “The last thing I said to him was, ‘I love you, honey, I’ll be with you when you get up from your nap. We were feeding him oranges and strawberries. He was so peaceful. He said, ‘Yay!’ He had the most pure and sweetest look on his face.”

Szeles honed his alternative magic act in the streets of San Francisco and later moved on to late-night television programs and a string of comedy specials for Comedy Central and Lounge Lizards. A string of appearances on channel 9’s Hey Hey, It’s Saturday variety show made him a household name in Australia. In the mid-2000s, Szeles began to achieve mainstream recognition following several appearances on Criss Angel’s Mindfreak reality program. At the height of his career, Szeles owned two houses, was regularly headlining in Las Vegas, and was pulling down millions. Then came his diagnosis.

The Amazing Johnathan Documentary followed Szeles’ journey to not only overcome his heart condition but a troubling drug addiction as well, in order to return to the stage. The film followed Szeles’ comeback tour and examines his past in an often crushingly honest portrayal of the highs and lows of celebrity. Many of Szeles’ friends participated in the making, including comedians Weird Al Yankovic, Eric Andre, and Judy Gold as well as Synn, and fellow magician and Vegas headliner, Penn Gillette.

Earlier on Tuesday, Synn sent out a request that people stop trying to contact Szeles in hospice care. “He has beaten the odds for so long. I know you all love him so much and everyone wants to say goodbye.” Synn wrote in a post to her Facebook page, following with a plea for privacy. Thank you for all the well wishes, but as the news spreads it’s getting overwhelming and I’m going to have to take a step back. I love you and thank you for your support.”

According to TMZ, memorials will be held in Las Vegas and Szeles’ hometown of Detroit, Michigan. The Magic Castle, the famed member-only clubhouse for magicians in Hollywood will also be performing a Broken Wand Ceremony in honor of The Amazing Johnathan.