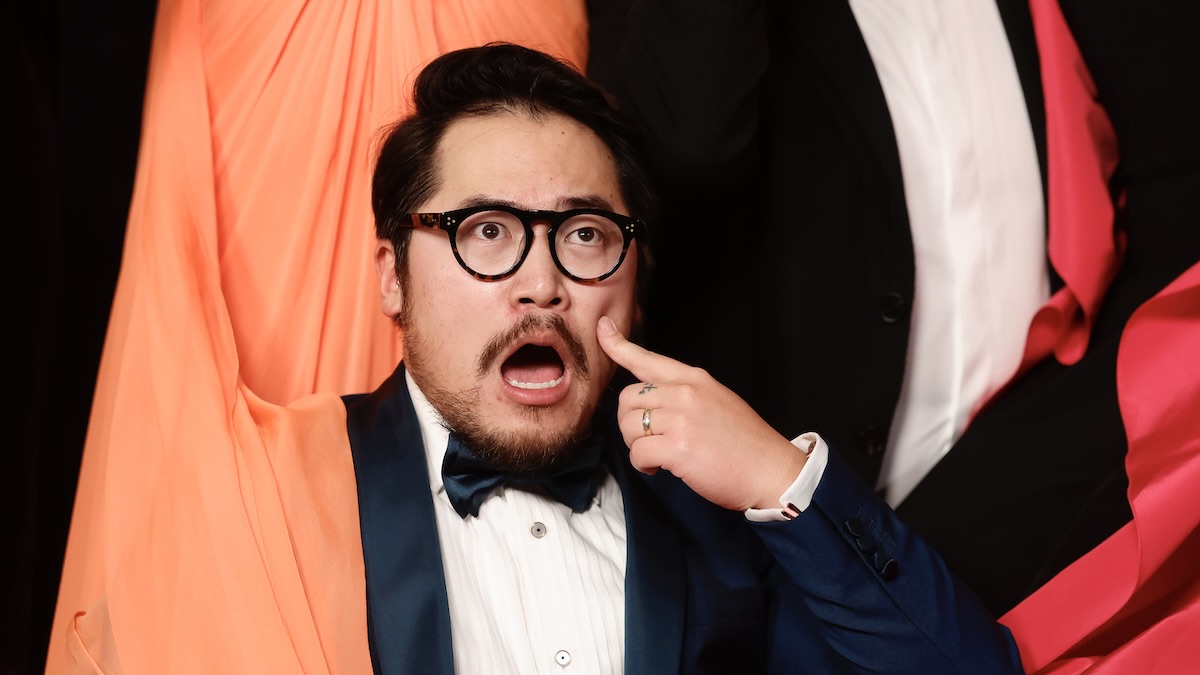 Daniel Kwan, one half of the directing duo known as The Daniels, knows how to own a compliment. The Everything Everywhere All at Once co-director made no effort to deflect a recently left-handed compliment on Twitter and happily embraced his past as “that guy who made the Harry Potter farting corpse movie.”

Kwan quote tweeted film critic Siddhant Adlakha, who had pointed out the surreality of two guys who did indeed make a popular movie featuring a flatulent dead guy also being Best Director nominees in this year’s Academy Awards. Kwan answered with a riff on Drake’s “Started From the Bottom” writing, “Started from the harry-potter-farting-corpse-movie and now we’re here.”

The farting corpse movie in question is the Daniels’ previous feature film effort Swiss Army Man, which does indeed star Daniel Radcliffe as a dead guy. In one of the movie’s most jaw-dropping sequences, Radcliffe’s body serves as a fart-powered jet ski for the movie’s protagonist (played by Paul Dano), that allows them to escape the desert island they’ve been marooned on.

Adlakha also references “Turn Down For What,” the 2014 music video that gave the Daniels their first recognition. Filmed for the hit single by DJ Snake and Lil John, the extremely TV-MA video feature Kwan himself alongside Spirited and GLOW actor Sunita Mani in what is best described as a cross between a Soul Train dance line and The Raid. On the top floor of a building, Kwan can be seen getting so turned on that he breaks through the roof into Mani’s apartment. Soon, she becomes excited and the two crash into the apartment below them, repeating the action over and over with each subsequent group of people they encounter.

And though they start from the top and end up at the bottom, the blend of saturated film and over-the-top cartoonish style most definitely offers a glimpse into the filmmaking style that would bring about Everything Everywhere All at Once. And now we’re here.